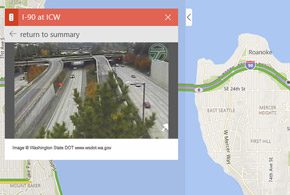 Building on the fleet management capabilities that were recently introduced in its Bing Maps APIs, Microsoft has also enhanced the platform’s geocoding and routing capabilities, improving the speed and accuracy of apps based on the software giant’s mapping technology.

The improvements are part of a multi-year project to build a new backend geocoder, according to Microsoft. Geocoders are used to turn street addresses and other location-related information into latitude and longitude coordinates. After spinning up the new geocoder, the Bing Maps team updated the developer APIs and migrated all users.

Developers, included those who are creating new fleet management apps, should notice improved mapping performance and more accurate routes. All told, the new APIs have helped increase Rooftop support—the highest level of detail that returns coordinates within a property boundary—to 46 countries, up from 17. Although Address support (a notch down from Rooftop) dips from 63 to 65, collectively the number of countries with these geocoding levels has increased to 109 from 82, noted Microsoft.

Microsoft says 116 countries now have Good routing coverage, meaning that most roads in and around a country’s population centers are represented by detailed data and have been verified for accuracy. Previously, only 58 countries had a Good routing rating in Bing Maps.

Lastly, the Bing Maps Truck Routing API is now available in 80 countries. Unlike most passenger cars, trucks can encounter weight and safety restrictions, low bridges, tight turns and road conditions that make it unsafe or illegal to operate large commercial vehicles, requiring extra care in the directions given truck drivers.

For travelers who prefer the airways over highways, Microsoft has added new flight tracking and status features to Bing. Users can now simply run a search using city names, airport codes, airlines and flight numbers to see if a flight is on time, delayed or canceled. Bing’s new flight-tracking feature looks familiar to Google’s results when users search flight numbers.

If a flight is already in the air, Bing now shows a progress bar with the time remaining until touchdown. “Bing also shows detailed information such as terminal and gate when that data is available,” Microsoft stated in a Jan. 9 Bing blog post.

Finally, 2018’s arrival means a whole new year of events for sports fans to obsess over.

During NFL playoff season, Bing displays game schedules and scores in football-relates search. In upcoming games, the search engine’s prediction capabilities show the likely winners on the road to this year’s Super Bowl.

For example, in the Jan. 13 game between the Atlanta Falcons and Philadelphia Eagles, Microsoft’s prediction algorithms favor the Falcons (58 percent). NFL fans can check on other predictions by entering “NFL” in the Bing search bar. In the meantime, Microsoft is also working on Australian Open predictions for tennis fans.