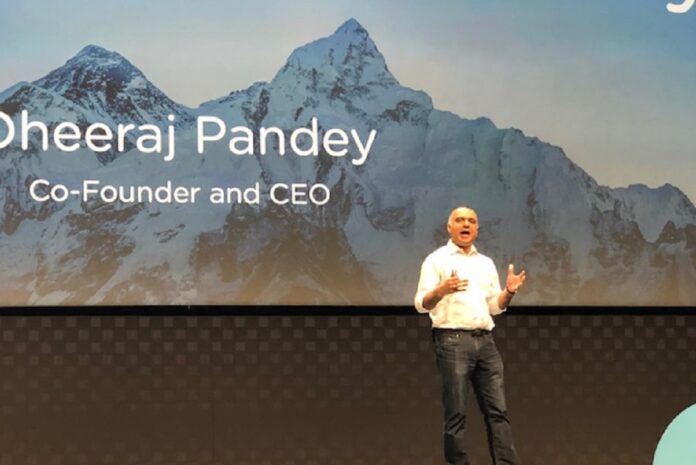 ANAHEIM, Calif.—Aiming to simplify and expand the utility of its hyperconverged infrastructure (HCI) offering, Nutanix kicked off its annual .NEXT conference here on May 8 by announcing several new features. The company also previewed a version that customers will be able to run on Amazon Web Services, essentially moving infrastructure to Amazon’s cloud as part of its existing Amazon contract and fee structure. Customers would pay Nutanix just as they would an application vendor to run their application on AWS.

Nutanix is a leading provider of HCI, which virtualizes storage and compute into a single virtualized solution that works both on-premises and with cloud systems. Nutanix said it will offer a test preview of the AWS capabilities this summer.

Another big announcement at .NEXT is the addition of native integration with several leading backup vendors—Veeam, HYCU, Commvault, Veritas and Unitrends. In addition to being able to use the backup solution of their choosing, the new Nutanix Mine integration gives customers of the Nutanix Enterprise Cloud Platform the ability to manage and back up all their workloads from a single console rather than having to deal with separate backup and recovery solutions. The integration is expected to be available later this year.

IDC analyst Phil Goodwin said better integration of backup solutions should be welcome news to IT departments. “With more applications and use cases converging on a single platform within the private cloud, integrating secondary storage tightly with primary datacenter operations introduces even more flexibility and ease-of-use for customers,” Goodwin said in a statement.

The conference marks the 10-year anniversary of when Nutanix started, a milestone CEO and co-founder Dheeraj Pandey reflected on during his morning keynote. “Now we have more than 10,000 customers in 45 or 50 countries. But the mission of the company is pretty much the same, making things—like SAN and storage—invisible, even making ourselves invisible.” The idea is to bring as much automation to the data center as possible.

“We want to raise the bar for the continuous consumption of software that is all done with no downtime at all,” said Pandey. As a side benefit, he mentioned wanting to “give weekends back” to all the IT operators and administrators who traditionally have had to log extra time managing upgrades and maintenance of the data center.

“Nutanix is open to partners and being hyper-efficient,” IDC analyst Matt Eastwood told eWEEK. “They’ve been a bit slow on their multicloud vision, but now you see them moving strongly in that direction with the Amazon news and other things they’re doing.”

Binny Gill, CTO of Cloud Services at Nutanix, said companies have different needs at different times where either on-premises or cloud computing may be the best option.

“The way I look at it is that there is a reason to rent and a reason to own, whether it’s a house or any infrastructure,” Gill told eWEEK. “On prem is going to be around for a long time for the companies that need that security and governance. The public cloud is opening up to hybrid use cases, and we saw an opportunity with Amazon to work together.”

Game of Thrones—Cup Be Gone

One of the live demonstrations on stage used a recent controversial episode of HBO’s Game of Thrones to show off the power of the Nutanix platform. In the episode featuring warriors of a bygone era, some fans were quick to note a modern-day Starbucks coffee cup in the scene. Nutanix ran the resource-heavy desktop version of Adobe Premiere Pro video editing software in its cloud and used it to mask out the coffee cup in seconds in real time.