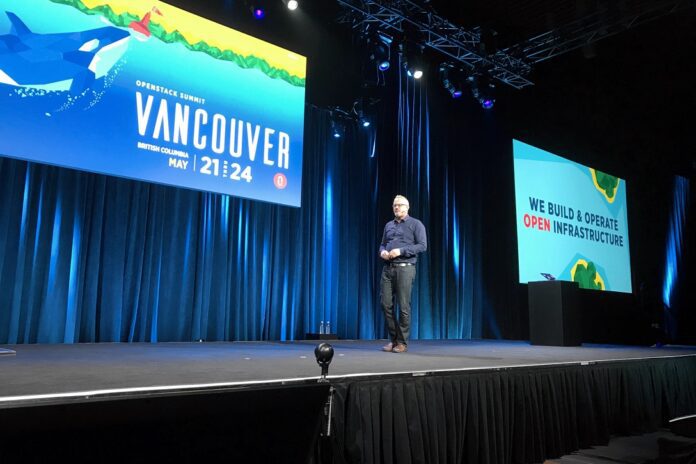 VANCOUVER, British Columbia—The OpenStack Summit got underway on May 21, with a strong emphasis on the broader open-source cloud community beyond just the OpenStack cloud platform itself.

At the summit, the OpenStack Foundation announced that it was making its open-source Zuul continuous development, continuous integration (CI/CD) technology a new top level standalone project. Zuul has been the underlying DevOps CI/CD system that has been used for the past six years, to develop and test the OpenStack cloud platform.

During the OpenStack Summit keynotes, Jim Blair, principal software engineer with Red Hat and founding member of the Zuul project team, explained that every patch that is made in OpenStack project code is tested via Zuul before it is integrated into the project.

The OpenStack Zuul project should not be confused with a Netflix open-source project of the same name and is un-related. Netflix’s Zuul project is an edge routing service.

“Zuul is an automation system that is focused on project gating,” Blair explained. “Every change should be a commit and every commit should be tested before it lands and related commits should all be tested together.”

Blair explained that in Zuul, jobs are written with the open-source ansible configuration management technology. He noted that with ansible, the same playbook for application deployment and configuration can be used for testing, giving developers a lot of flexibility. Zuul version 3 which became generally available in March, provides integration with GitHub, further de-coupling the project from its core OpenStack roots. Blair said that Zuul is designed to help developers work across project boundaries.

“Zuul v3 is capable of handing OpenStack’s workflow and anything else you can throw at it,” Blair said.

“We build and operate open infrastructure,” Mark Collier, Chief Operating Officer of the OpenStack Foundation said during his keynote.

Collier said that today organizations expect their infrastructure to do more, use containers, use artificial intelligence, provide serverless capabilities and help to enable compliance requirements. He also noted that that there are more places where compute is needed than just data center provided clouds, with a need for edge computing capacity.

“Cloud consolidation is a myth,” Collier said. “The cloud is diversifying, driven by demands of applications and workloads.”

Collier noted that what has also become clear is that having one cloud provider is not enough to power global computing needs and similarly no one open-source project is enough.

“None of us should just be thinking about our one piece,” Collier said. “We have to look at the big picture because that’s what operators need.”