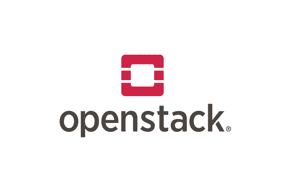 The OpenStack Foundation announced on Feb. 22 its 15th release of the OpenStack cloud platform with the debut of Ocata. The latest open-source cloud infrastructure platform release had only four months of development time, rather than the typical six months, though it’s still packed with new features and usability improvements.

Among the features that debuted in OpenStack Ocata are a number of improvements to help further enable container workloads.

“We’re also seeing people use containers to deploy and manage OpenStack services,” Bryce said. “There is some additional work in that area in Ocata in the OpenStack Kolla project, using container images inside of Kubernetes.”

With Ocata, there is also an emphasis on helping to improve cloud operations. Among the tools that help operations is the new os-profiler tool that follows requests through the OpenStack system, so that an administrator can see if there any performance issues. Bryce explained that os-profiler profiles the performance of the cloud control plane itself and not the actual applications that are running. So for example, the os-profiler will provide visibility into the infrastructure resources, tracking how much time it takes to provision a required service.

“Horizon in the Ocata release provides administrators with the ability to select different OpenStack Keystone environments directly inside of Horizon,” Bryce explained.

Cloud federation overall is improved in Ocata thanks to multiple improvements in Keystone. Bryce said that Keystone now enables cloud administrators to define a default set of permissions for any user that has federated access into an OpenStack cloud.

“It basically makes the federation more seamless, and all of that is now also visible in Horizon,” Bryce said.

The continued usability improvements in OpenStack Ocata are intended to help further drive OpenStack adoption for both public and private cloud deployments. Mark Collier, chief operating officer of the OpenStack Foundation, commented that the use of containers in particular have helped to make OpenStack much easier to manage.

“Four of five years ago, people would say that it’s great that Walmart is running OpenStack, but they’re the biggest company in the world,” Collier said.

Collier admitted that a few years ago, OpenStack wasn’t particularly accessible and it did often require a very technologically savvy organization in order to operate a cloud, but that’s not necessarily the case anymore.

“The biggest story in Ocata is the fact that it is becoming a lot easier to operate your own cloud,” Collier said. “We’re really now entering a phase where it costs less and organizations are doing more with OpenStack, which makes it pretty irresistible for a lot of companies out there.”