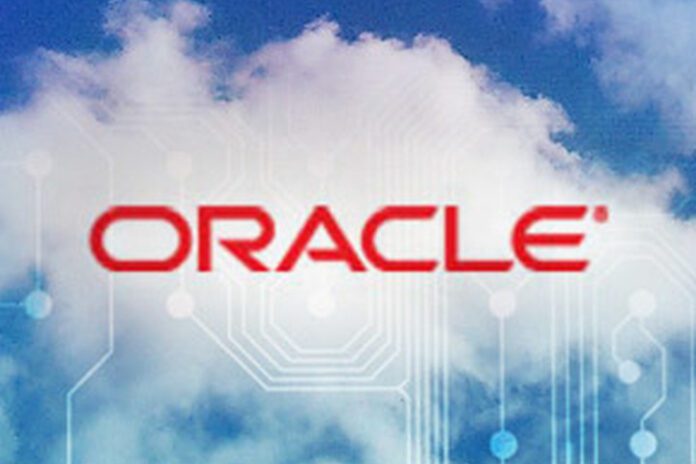 SAN FRANCISCO—Oracle is taking its cloud computing efforts on the road. Cloud computing was a central theme of its supply chain conference Jan. 29-31 and cloud-related topics were front and center at the Oracle Cloud Day event here on Feb. 1. Another Cloud Day is scheduled for Feb. 12 in New York.

Oracle trails market leaders Amazon Web Services and Microsoft Azure, which is a distant second but growing fast. Microsoft reported this week that revenue for Azure was up 98 percent this past quarter.

But Oracle Senior Vice President Steve Daheb said Oracle is already outstripping the competition in some areas. “If you look at storage and compute, Amazon’s had a healthy business there for a while. But for us, if you look at our cloud-based apps, we’ve had great success with SaaS [software-as-a-service), PaaS [platform-as-a-service] and IaaS [infrastructure-as-a-service],” Daheb told eWEEK. “And we have built-in connectors to third-party apps like Workday and Salesforce. Where are they with that?”

While Oracle has an inside track to converting its own customers to the cloud, it will likely take distinct advantages to win over new accounts given Amazon’s hefty lead. Daheb said Oracle has just that, particularly with its Autonomous Database announced last October at Oracle Open World.

“The Autonomous Database Cloud is probably the most important announcement we’ve had since we released the first database,” said Daheb.

What’s so significant is Oracle is promising it will do all the maintenance to the cloud-based enterprise database, and updates, patches, provisioning and tuning will be delivered automatically. In addition to saving on IT costs, Daheb said there are significant security advantages to Oracle’s approach. He noted a recent study by Verizon estimated that there was a patch available within the past year for 99 percent of security breaches. Credit monitoring giant Equifax suffered an enormous security breach last year that reportedly could have been prevented if a patch had been applied to one of its systems.

Oracle CEO Mark Hurd said at the company’s supply chain event on Jan. 30 that a bank customer told him it takes six months to patch their systems. “Why? Because it’s flipping hard,” said Hurd. “You have to identify every version of the software you have and apply the patch to each one.”

While it may have some unique features, analyst Charles King said Oracle’s Autonomous Database is not alone in offering self-monitoring, self-healing and automatic update features. “IBM DB2 and Microsoft SQL Server have long supported similar functions, as do the respective cloud-based versions of those solutions [DB2 on Cloud and SQL Azure],” King, principal analyst at Pund-IT, told eWEEK. “Instead, such functionalities qualify as ‘table stakes’ for cloud-focused enterprises.

Daheb said Oracle wants to get the message out that moving to the cloud isn’t just about saving money and reducing IT infrastructure. Like other cloud providers, Oracle can deliver its latest innovations automatically via updates, including the latest advances in machine learning, artificial intelligence and even blockchain, the digital ledger of transactions used by Bitcoin and others.

“We see massive potential with blockchain,” said Daheb. “We’re integrating it in our ERP and supply chain for trusted transactions on applications and also for development platforms where companies will be able to build their own apps. I think we’ll play a significant role in the blockchain ecosystem.”

Oracle can also leverage its considerable resources to play the long game in cloud computing, and Daheb said it’s still early days. “The benefits of cloud computing is irrefutable,” he said. “And there are big, important applications in life sciences, finance and other areas that haven’t moved yet.”

Daheb wouldn’t detail any news Oracle may announce at its Cloud Day in New York Feb. 12, but he did say to expect a formal announcement that some services currently in limited release will be fully available.