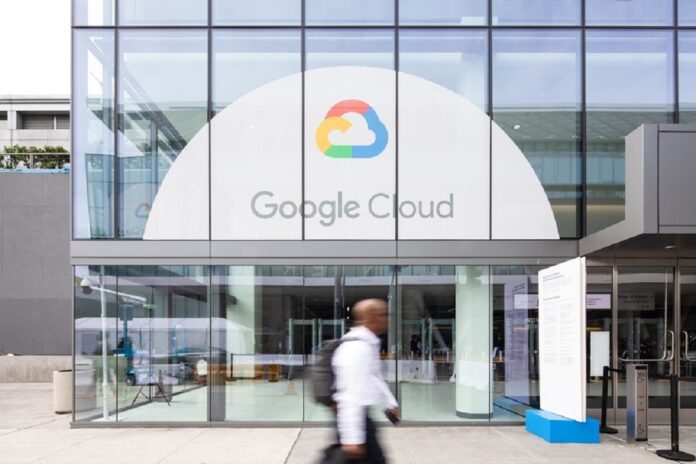 SAN FRANCISCO—Even as cloud applications grow in popularity, it can be a pain for IT to manage and secure both cloud and more traditional on-premises applications. Google’s answer is Anthos, a hybrid cloud platform available now that lets companies run all their applications, unmodified, in either Google Cloud or on their existing on-premises data center.

Anthos is available on Google Cloud Platform (GCP) with Google Kubernetes Engine (GKE), and in the data center with GKE On-Prem. Companies can also use Anthos to manage workloads running on third-party clouds such as Amazon Web Services (AWS) and Microsoft Azure without requiring administrators and developers to learn different environments and APIs.

“The reality of managing hybrid or multi-cloud compute can be a challenge because 80% of workloads today are not in the cloud,” noted Google Vice President of Engineering Eyal Manor. He added that 88% of enterprises today are expected to adopt a multi-cloud, hybrid strategy.

Anthos is based on Google’s earlier Google Cloud Services, which has been available in beta form. Anthos is now generally available, according to Google’s announcement at the Google Cloud Next opening keynote. “You can build on-premises and in the cloud with security built in. … You can modernize your on-premises environment right now without having to constantly retrain developers,” said Manor.

Manor added that Anthos can be installed and running in less than three hours.

Working With Cisco and Other Partners

One of Google’s partners, Cisco Systems, said Anthos helps address a key challenge that enterprises face. “The conversation has been very application-centric, but from the CIO perspective you have applications moving to the cloud and the edge as well as on-premises and having to connect all of their users,” said David Goeckeler, executive vice president of Cisco Systems. “Enterprises have to think about rearchitecting their entire infrastructure.”

In a related move, Cisco has announced the Cisco Hybrid Architecture for Google Cloud. “We have a unique partnership with Google, starting with the hybrid and multi-cloud reality of our customers,” said Goeckeler. “It’s a very open ecosystem for partners to embrace and extend.”

Google brought one early customer on stage to talk about its experience using Anthos. “We wanted to be more agile and nimble. Why set up infrastructure like we used to do before?” said Ratnakar Lavu, CTO of Kohl’s. “Now we’re leveraging a hybrid cloud, and we have the ability to leverage our infrastructure and applications in the cloud.”

Lavu said Google Cloud performed admirably during its last Black Friday event, giving Kohl’s ready access to compute capacity it needed during the busy shopping season while not having to pay for capacity it didn’t need the other nine months of the year.