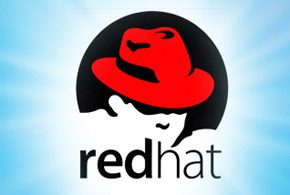 The new support model is important for Red Hat’s enterprise and service provider customers as it offers the promise of a longer term stable deployment of OpenStack than had previously been possible. Radhesh Balakrishnan, general manager, OpenStack at Red Hat explained that for versions prior to Red Hat OpenStack Platform 10, customers will still be supported for up to three years, with no other changes.

“What’s changing is that every third version of Red Hat OpenStack Platform, starting with version 10 (so 10, 13, 16, etc.) will receive three years of support that is extensible to five,” Balakrishnan told eWEEK.

OpenStack is a relatively fast moving platform, with new upstream open-source releases every six months. Red Hat has typically followed each upstream OpenStack release by several months with its own OpenStack Platform release. In terms of how Red Hat customers can upgrade from one release to the next, Balakrishnan explained that the OpenStack Director tool provides organizations with the capability to perform in-place upgrades. That is, users can move from one version to the next subsequent version, i.e. from version nine to ten. He added, however, that the in-place migration approach does require an upgrade every six months.

Balakrishnan added that for organizations where a rolling upgrade isn’t feasible, they will need to do a standard migration, that is they will need to deploy a new cloud and move their data and workloads from the old version to the new one.

“We are planning on delivering tooling to ease the challenges posed by this option in future releases,” Balakrishnan said.

The pace with which a given customer deployment migrates from one version of OpenStack to the next varies. Balakrishnan commented that workload and industry tend to dictate how long customers stay on a given version of Red Hat OpenStack platform. In highly-malleable environments where having the latest and greatest OpenStack features is desired, Red Hat tends to see more frequent updates.

“On the other hand, in environments where stability and reliability of a workload is paramount, these customers tend to remain on a single release for as long as possible to limit any potential disruption,” Balakrishnan said.