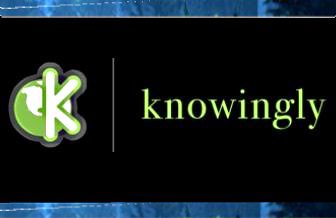 Houston-based publishing startup Knowingly Corp. said May 26 that it has acquired a portion of the assets of GigaOm, a respected IT news and information site that ended its run nearly three months ago. Financial details of the transaction were not made available.

GigaOm, founded by writer/analyst/venture capitalist Om Malik, closed on March 9 due to financial problems. Malik left the daily working environment of GigaOm about a year ago to join True Ventures, a Silicon Valley venture capital firm. However, he had remained on the board of directors and had represented the company at events until the closure.

Malik has continued writing about IT and the venture capital space as a columnist for Fast Company for the last two years.

Knowingly said it plans to relaunch the site on Aug. 15. Until that date, visitors to the site will find only minimal changes and no new content, the company said.

Knowingly is the latest Web content company started up by serial entrepreneur Byron Reese, who was chief innovation officer at Demand Media and previously had started up ExpertVillage, PageWise (both of which he sold to Demand Media) and HotData.

Knowingly and Demand Media use Reese’s botlike software and proprietary algorithms to scan the Web to identify topics and create content with high advertising potential.

Knowingly offers a number of Websites and services, including iforetold.com, where people can log predictions about the future, and Correctica, a tool that catches errors in documents and Websites that spellcheckers miss.

“We live at what I believe is the great turning point of all of human history, and that is being driven in large part by the technologies we are creating. This new world we are making will not just be more prosperous, but it will be more fair and more just than any time in the past,” Reese said in a press release. “Gigaom will continue documenting this transformation and the technologies which are driving it.”

Reese is the author of the 2013 book “Infinite Progress: How the Internet and Technology Will End Ignorance, Disease, Poverty, Hunger and War.”