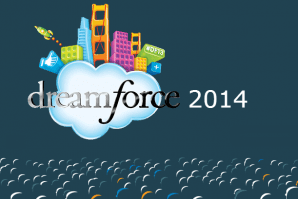 For 15 years, Salesforce has been about collecting and distributing data on customer relationships, sales, cloud-based enterprise workflows, marketing clouds and everything imaginable surrounding those functions.

On Oct. 13, Day 1 of its annual DreamForce users conference at San Francisco’s Moscone Center, the company that Marc Benioff built unveiled a new level of involvement with the introduction of Salesforce Wave, a natural progression of Salesforce’s mission.

Wave, the name of which CEO and founder Benioff said was inspired by Hawaii, is the company’s sixth subcloud on SalesForce1. It’s built on the business-intelligence software startup, EdgeSpring, it bought last last year. Wave takes all that collected enterprise data noted above and enables line-of-business people to explore, query and visualize it from all the categories kept inside Salesforce and other sources.

Thus, marketing, sales and support staff members can run their own analytic queries—using any operating system except Android and BlackBerrys at this time—to help them do their own jobs without having to consult an IT specialist either inside or outside the company.

Riding the Wave of Huge Trend

The biggest trend in IT right now is the collection, storage, safety and analysis of the big data stores that are now being kept by an increasing number of companies, emanating from mobile devices, sensors, remote videocams and other sources.

Salesforce isn’t the first to come forward with this type of service—SAS, IBM, Oracle, SAP HANA, Tableau, 1010Data, GoodData, Kognitio, Birst, Microsoft, HP Autonomy and several others are already in the market—but combine it with everything else the company has and its overall familiarity with users, and many potential customers are going to see a compelling service to consider.

“This tool brings accessible business analytics to both day-to-day managers and senior executives,” said Kamal Ahluwalia, chief marketing officer at Apttus, a longtime Salesforce partner. “Quote-to-cash intelligence helps you understand what actions result in lost revenue, and what actions most effectively turn leads into customers. Companies without this capability are simply going to be left behind.”

Key features of Wave include the following:

—Instant access to any data: Users can easily mash up different data sets and build customized dashboards that let the data tell a story.

—Search-based: Users can build data marts, and install and optimize software and hardware before they need to start a search or ask a single question.

Wave is powered by a massively parallel processing architecture—using Oracle 12c databases—that amounts to a large expansion of the company’s data center footprint. In order to provide capacity for Wave, Salesforce has deployed thousands more servers and hundreds of petabytes of storage into its data centers, which amounts to more capacity than everything else on the Salesforce network.

As might be expected, several companies on Oct. 13 announced their own integrations with Wave. Dell Boomi integration platform as a service (iPaaS), AtomSphere, and Dell Boomi MDM are now hooked up with the Salesforce Analytics Cloud.

Industry researcher IDC has estimated the cloud-based business analytics market to be worth in the neighborhood of $40 billion, with the hockey stick-type chart continuing to go up and to the right. Salesforce fully expects to extract a large slice of that pie.