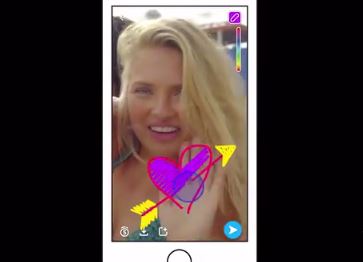 In a major competitive victory for the Big Board versus other exchanges, Snap Inc. reportedly plans to list its highly anticipated initial public offering on the New York Stock Exchange.

Snap’s product, Snapchat, the social-network messaging app that turned down an offer four years ago from Facebook to be acquired for $3 billion, quietly filed for the IPO last Nov. 15, saying it was looking at March 2017 to go public. Several news sources, including the Wall Street Journal, Techcrunch and MarketWatch, reported Jan. 30 that the date would be made public this week.

According to the reports, the March time frame reported by eWEEK and others last November still appears to be in the company’s plans.

Snapchat, estimated to have about 150 million users worldwide, could be valued at $20 billion to $25 billion or more, making it the largest initial public offering since Chinese e-commerce giant Alibaba Group Holding Ltd’s (BABA.N) went public in 2014 valued at $170.9 billion.

It potentially could be the largest U.S. technology IPO since Facebook Inc.’s debut in May 2012 with a value of $81.2 billion.

Venice, Calif.-based Snapchat quietly filed its S-1 intent form form Nov. 15 with the Securities and Exchange Commission under the U.S. Jumpstart Our Business Startups Act. Companies with less than $1 billion in revenue can secretly file for an IPO, allowing them to test investor appetite while keeping financials confidential.

Snapchat is a mobile app that that lets users, mostly teenagers—mostly girls (70 percent of Snapchat’s users are female)—add captions to photos or videos and share them with friends, and then make the content disappear. Photos can only be sent in the moment—no uploading later. Young girls most often take pictures of themselves making silly faces, Carlos Danger types may send more lascivious content, and then poof—the content is gone, unless the recipient grabs a screenshot.

About 60 percent of Snapchat users are age 13 to 24, the company claims, making it an attractive way for advertisers to reach that age group.

In 2016 and to date, 123 U.S. technology companies have gone public, raising $7.1 billion, a 58 percent decline in proceeds and 20 percent drop in the number of offerings from this time last year, Reuters reported.