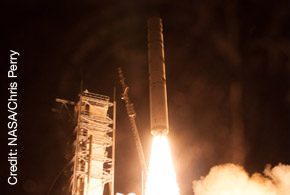 The Space Race is back. SpaceX founder Elon Musk announced on Feb. 27, 2017 an ambitious plan to launch a mission that would carry two paying tourists on a trip around the moon in 2018.

A similar NASA mission, using the long-awaited Space Launch System and the Orion spacecraft, is in the planning stages for 2019, according to a February 15 announcement.

The lunar mission would use the new SpaceX Falcon Heavy launch vehicle. This rocket can lift more than twice the weight of the Space Shuttle launch system into low earth orbit. The Falcon Heavy’s lift capacity is 54 metric tons, which is enough to put a fully-loaded Boeing 737 with passengers, luggage and fuel into orbit.

According to a statement by Musk, the company plans to use its Dragon 2 spacecraft for the lunar mission. This is a version of the spacecraft that’s already in use delivering cargo to the International Space Station. The Dragon version 2, developed as part of NASA’s Commercial Crew Program, is designed to carry crew to the ISS under contract with the space agency.

The Crew Dragon, as it’s also called, will make its first trip to the ISS later in 2017. The first trip will be unmanned, but subsequent missions will carry replacement crews. According to a statement from SpaceX, the lunar mission will launch once crew deliveries to the space station are underway.

In his announcement, Musk said that the lunar mission will launch from the historic Launch Pad 39A—site of the Apollo 11 launch in 1969. SpaceX has leased this launch pad from NASA for a series of missions, including a launch last week of an ISS resupply mission.

The Falcon Heavy launch vehicle is closely related to the existing Falcon 9 rocket. It’s essentially three Falcon 9 rockets strapped together, with a total of 27 rocket engines producing over five million pounds of thrust. On a typical launch, all three rocket cores will provide maximum power at lift-off.