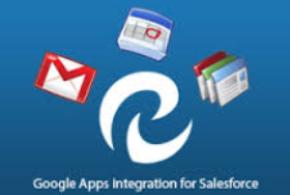 SAN FRANCISCO—Startup Cirrus Path, which came up with a no-brainer two years ago when it developed a browser plug-in called Cirrus Insight that connects Salesforce and Gmail, on Nov. 20 launched a new native mobile application for iPhone 5.

The new app will be available soon in Apple’s App Store. It will allow users to work in Gmail and have access to several Salesforce functions at the same time.

Salesforce has its own email within the application plus its real-time social news stream with Chatter, but it didn’t have a direct integration to an outside Web email provider until Cirrus came along. For those in business who live inside their email accounts, having Gmail as a front end to Salesforce is a major convenience.

Cirrus Path, which has only 10 full-time employees but already has signed about 30,000 customers, started up in 2011 in Laguna Hills, Calif. It effectively puts Salesforce and about 75 percent of its functionality into a separate work area inside Gmail, then syncs the workflow accordingly.

Cirrus Insight, sold on a per-user subscription basis for about $15 to $20 per month, syncs emails to Salesforce, adds leads and contacts to Salesforce, creates and assigns Salesforce tasks, allows the creation of opportunities and cases directly from Gmail, and enables the use of Salesforce templates in Gmail with merge fields.

Email is still the killer app for most businesses around the world, and for an email-centric workforce, a connector like this one to one of the most-utilized sales and marketing platforms is a natural.

“It’s the first on the [Salesforce] AppExchange to integrate Gmail, and we quickly climbed the leaderboard and were soon the No. 1 app on the AppExchange from April through August [2012],” COO and co-founder Brandon Bruce told eWEEK at the DreamForce conference in San Francisco.

Bruce said the company is coming out weekly with new additions and features and that it is working on a similar connector to Google Drive for next year.