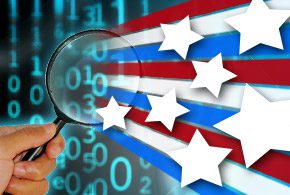 After clear evidence emerged that Russia attempted to influence the results of the 2016 U.S. presidential election by social media, and more directly by hacking election systems, state governments are embarking on a variety of efforts to use statistical auditing to verify election results.

On Nov. 15, Colorado kicked off its first statewide statistical audit of its most recent election by using a statistical technique known as risk-limiting audits to establish the integrity of the vote. Because of mail-in ballots from voters serving in the military, the state had to wait eight days to receive all votes and initiate the audit.

Risk-limiting audits, or RLAs, allow election officials to verify the outcome of an election by sampling a much smaller subset of ballots compared to a full recount. Verifying the results of presidential elections in each state from 1992 to 2008, for example, only requires an average of 307 ballots per state. The number of ballots required to verify the vote, however, increases as the contests become closer and eventually defaults to a full recount, in the case of an extremely close race.

Colorado’s legislature voted to adopt an election-wide audit in 2010, and election officials began piloting RLA in 2013.

“One of the things this system does is it provides assurance to voters that the machines are counting accurately and that people can have confidence in those results,” Wayne Williams, Colorado’s Secretary of State, said in a press conference kicking off the audit. “That’s an important element (in establishing) people’s confidence in the election process. It is important for voter participation and election integrity.”

Other states are adopting risk-limiting auditing as well, including New Mexico and Rhode Island. Risk-limiting audits require significant effort and process changes, however, especially in states with historically close races, so some states are taking a different path.

Maryland, for example, conducted a pilot to compare RLAs—which are accurate, but time consuming—to auditing a fixed percentage of precincts—less accurate—to auditing ballot images using independent software. The latter method combined significant reliability with the greatest ease-of-use, according to a presentation by the National Institute of Standards and Technology.

Secretary of State Williams acknowledged that implementing RLAs required a great deal of effort on the part of county election officials. Colorado even mandated new voting equipment so that counties have a paper ballot to audit.

“Obviously, it requires a higher level of record keeping by the county clerks to keep the ballots in a specific order while keeping the anonymity of the voter,” he said.

Yet, RLAs were recommended by the Congressional Task Force on Election Security—a group of Democratic U.S. Representatives — who announced their preliminary findings from a five-month investigation into the 2016 elections.

The task force urged states to focus on election security, pointing out that advertising aimed at causing divisions between U.S. groups financed by the Russian government had blanketed social media prior to the 2016 election, including 1,000 YouTube videos, 130,000 tweets and 80,000 Facebook posts. Executives from social-media giant Facebook estimated that 150 million people may have seen the Russian-backed ads on its platform.

The Russian efforts also came up during the press conference with Colorado officials and election-integrity experts.

“We are facing a new paradigm in the security of our elections that we have not faced before, where we have concerns about the possibility of cyber-actors trying to influence our elections,” Susan Greenhalgh, vice president of programs for advocacy group Verified Voting, told reporters.

“This is providing transparency in the election process, verifiability for the voters and increasing voter confidence that … their votes were counted correctly. Considering the new world that we live in, it is very important that we implement these types of programs.”