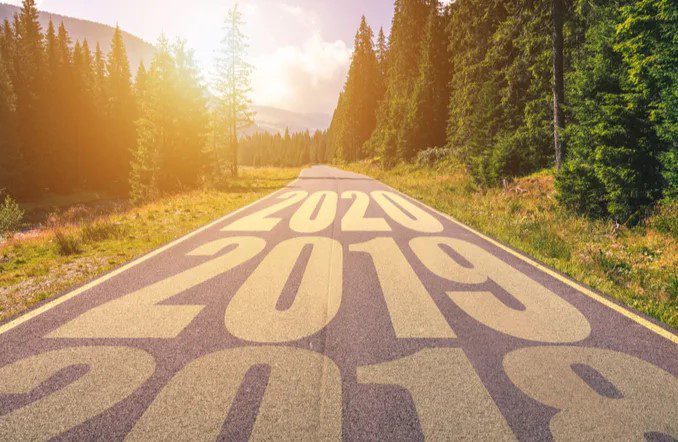 eWEEK DATA POINTS ARTICLE: A futurist and tech analyst takes a look at what we might expect in 2020.

This is a special top-of-the-new-year eWEEK Data Points article by Mark R. Anderson, founder of Strategic News Service, a Friday Harbor, Wash.-based futurist organization that spots and predicts trends like few others.

No matter how closely we look, 2019 and 2020 may turn out to have been two of the strangest years in memory: the former for all of the weird things that happened, the latter for those that did not.

This fall, in place of the usual listicles of predictions from pundits (and what a horrid term that really is!) far and wide for the coming year’s exciting innovations and events, we get articles from Bloomberg experts referring to books on why predicting is just so, well, hard.

Another article on 2020 makes the point that all the trends are ending, so, well, that guy’s cupboard was bare, too.

But perhaps my favorite came from the No. 2 fellow at the CES show, which ran this week in Las Vegas, whose idea of the future is “5G, Streaming Media, and the Home Network.” If this were 2015, he would be so right.

My suspicion is that those having so much trouble seeing forward are unaware of the deep connections between innovations, their pace and quality and the national business models that drive them. But since this is our bread and butter, we have plenty on our plate.

Here, meanwhile, are my Top Ten predictions for 2020.

Autonomous electric (AE) cars move from a technology platform story to one of the great global economic impact stories. While overall car sales remain down in the short term as a direct result of China’s contraction, the industry’s current retooling will result in future years of new growth and market domination in dozens of technology markets.

2020: It’s time to talk about “The Real China” as Xi’s ambitions for China become clear. The idea that it’s OK to trade off quarterly profit performance for partnering with the most dangerous and repressive country in the world becomes a non-starter for an increasing number of global business leaders. The process of disengagement from The Real China has its practical start in this year.

Privacy takes its proper place in e-commerce. Having awakened to Facebook’s foibles and Zuckerberg’s devious word evasions, people are now sensitized to being Zucked, with Facebook as Exhibit A. Even more encouraging: While half of its users just don’t care, the others do. Not Using FB becomes a Thing. People invent excuses for why they use it at all, in niche form. While new laws are passed against its tactics worldwide, FB becomes the spiritual ghetto of the social-network city.

The whole “home network” idea takes major hits, even as it grows. Some folks have 10 Echo Dots, cross-talking Siri, Alexa, and Hey Google appliances in every room, while others put their phones in the freezer. This home privacy invasion market becomes the physical battleground over world privacy rights.

The Year of Cloud Confusion: Is it the AI Cloud, the Healthcare Cloud, or …? Cloud providers find themselves desperate to differentiate their data centers through new acquisitions weekly, racing to bring on their own proprietary Pattern Recognition Processors, as they urgently chase more money than they can imagine, through hallways they are just now designing.

Net division will continue to harm society worldwide, pitting big companies against countries, people against people, and countries against one another. CRINK vs. Rest of World will destabilize the planet using the net.

Amazon emerges from the big tech scrum as the company that will just keep on growing forever, no matter what. Copycat Alibaba: Eat your heart out.

The Boeing story becomes iconic, not just for the firm’s well-publicized safety lapses, but as an international takedown target. Who next will the Chinese Communist Party target? Cars, chips, and smartphones, with terrific stakes at hand. What happens to China if Huawei loses? To Germany with a declining Daimler or Volkswagen? Who will the new winners be, and what is it worth to their home countries to make it so? Boeing has a huge return in 2020.

The ride disruption business model capitulates, with higher pricing, real differentiation and corporate bodies everywhere. Electric scooters are headed for the dump, together with rental bikes of every color, Cars2Go that didn’t, Zipped cars that got unzipped, and other flashy transport flotsam that either die, get bought, or limp off into the dayglo night. One of 10 survives by charging enough to profit, but at horrible historic capital cost, certainly never to be reclaimed. Oh, and electric bikes do well.

Major discoveries are made in cancer and computing together, as accuracy and scale of integration into safe and efficacious treatments dwarf the past pace of advances. Life is complex, and it requires complex mathematics to be its proper partner.