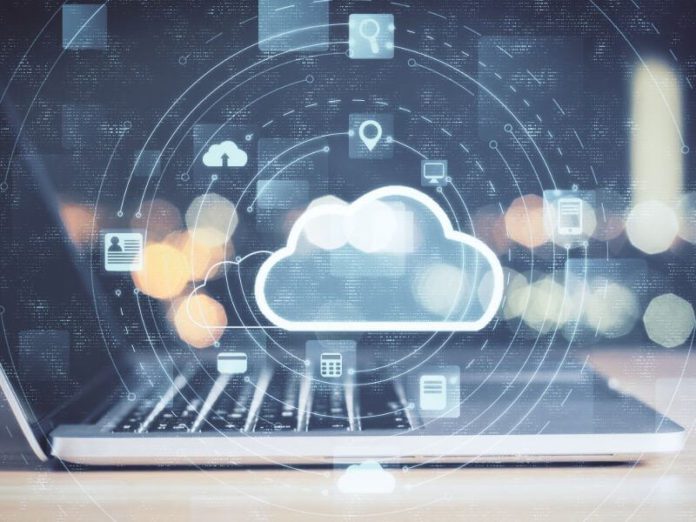 Every December, I spend time thinking about where the software ecosystem will go over the year ahead. For the past decade, that’s meant focusing on cloud computing, as it’s long been the dominant software trend.

The past year, however, (and 2020 as well) has been rather different—driven, of course, by COVID-19. The pandemic and its effect on health, working practices, and consumption patterns has significantly changed the role of technology. And to my mind, permanently altered how technology will be used in our society and economy going forward.

Here are five trends to look for in the tech industry in 2022.

The cliché that COVID-19 accelerated digital transformation, compressing 10 years of growth into a single year, contains a profound truth—that our economy is shifting toward a software-centric operational model.

This was clearly demonstrated by all the measures companies took to respond to the shift of a large part of the workforce from office to home. The obvious beneficiaries of this were video conferencing and virtual event companies. Other beneficiaries were grocery chains, whose revenues skyrocketed as people stopped going to restaurants; many of these chains rolled out new applications to support huge online ordering volume, delivery, and curbside pickup. All of these examples show how software became the key enabler of business processes.

However, digital transformation is moving well beyond online interaction supporting analog transactions. Software is now being placed into physical products, transforming them into software-centric devices with functionality driven by digital interaction.

Software is now being placed into physical products, transforming them into software-centric devices with functionality driven by digital interaction.

Nothing symbolizes how physical products are becoming digital offerings with atoms attached than the automobile industry. After the shutdowns of 2020, auto buyers came out in force in 2021—and ran directly into low availability caused by shortages of critical computer chips.

So painful is this to Ford that it entered into a strategic partnership with Global Foundries to ensure future availability. This marks a significant shift for the company which, like most auto manufacturers, used to treat chip procurement as a low-value activity best pursued in an arms-length buyer/vendor fashion.

It also means software because, after all, the chips are only useful insofar as they enable applications controlling all those features to operate. In turn, this means that writing software has become a critical prerequisite for an automaker to compete in the next decade.

The auto industry is one vivid example of how software is moving into a central role in products, but this shift is occurring in every industry. 2021 represents the inflection point of the digital transformation S-curve, which heralds dramatic growth and impact of an emerging technology.

Whether software replaces, complements, or infuses its products, every company must come to grips with how it will pursue digital transformation. The importance of this issue cannot be overemphasized: This will soon be an existential question for companies, and failing to get this right means a dim future for those unable to succeed.

Digital-forward applications can experience widely varying loads driven by unpredictable usage patterns and even more unpredictable user populations. One COVID-driven example cited by McKinsey & Company includes a fast-casual-restaurant chain which saw its online orders jump from 50,000  to 400,000 per day.

Because of this, it’s difficult to predict just how much infrastructure will be required to maintain application availability and performance, which therefore requires the ability to add and shed computing resources quickly.

In turn, this means most of the legacy application development and operations processes are made obsolete. They were designed for a world of predictability and infrastructure rationing, and imposing heavyweight processes on infrastructure access was seen as a feature, not a bug.

Finally, these digital-first application requirements mean they will be deployed into infrastructure environments that can support them—which means public cloud environments. This destroys any assumption about infrastructure reliability because as one cloud provider’s CTO noted “everything fails, all the time.”

The net-net of this is that digital transformation developments in application characteristics forces cloud adoption, which implies adoption of cloud-native application practices.

For enterprises, this means they must adopt the application practices of the cloud-native companies, such as frequent application updates, automated processes, and resilience through redundancy and easy failover. The upskilling this will force into enterprise IT shops will be a key issue for them, as it will require changes to talent recruitment and retention well beyond what most companies have in place for what has traditionally been viewed as a low-impact cost center.

3) Hyperscalers’ Continued Revenue March – Up and to the Right

Given the enormous shift toward digital transformation, what is the likely consequence?

One obvious consequence is that this will boost the growth of hyperscale cloud providers because the de facto deployment location for cloud-native applications is a public cloud environment.

It is estimated that hyperscalers’ core growth total addressable market (TAM) is somewhere between three and five trillion dollars, which is well beyond what most people estimate.

It is estimated that hyperscalers’ core growth total addressable market (TAM) is somewhere between three and five trillion dollars, which is well beyond what most people estimate.

However, this TAM is based on the current spend of traditional IT practices, which deploy applications into on-premises data centers. Those practices are full of friction and require substantial up-front capital investment, both of which serve to dampen adoption. Most organizations find infrastructure procurement such a burden they pursue only the most obvious, highest-priority use cases. Every other use case falls by the wayside because it’s too much work to justify them.

The kinds of applications that typify digital transformation are those that, in the past, would not have passed the “most obvious, highest-priority” screen. They would have been those with unproven potential, which meant, in most IT organizations, their advocates would have found the justification process too onerous and given up pushing them.

Today, changes in cloud computing have increased digital transformation priorities and will increase the overall demand for computing resources. This will increase cloud infrastructure demand well beyond the TAM of displacing traditional infrastructure. It’s estimated that this additional demand could double overall cloud revenue, toward the order of $10 trillion dollars.

4) A Changing Role for IT: Running the Business

As described above, traditional IT has been lumped into the corporate cost center bucket—expenditures that are necessary but not especially connected with marketplace success. In other words, that bucket holds everything not focused on building and selling a company’s products or services. Every company’s approach to cost centers is the same: spend as little as possible.

However, this will change significantly as more of every IT organization’s efforts focus on digital-first applications. This is because these applications directly interact with customers or improve products to make them more attractive to the market. They are directly tied to revenue and, because of that, are subject to very different spend filters.

For senior IT leadership, this imposes a range of necessary actions:

5) The Talent War Goes from Lukewarm to Scalding

The technical talent war has been an evergreen topic for years. IT organizations have had problems in recruiting technical talent, with accompanying challenges to project delivery timescales.

Notwithstanding this constant theme, 2022 will supercharge the issue of hiring and keeping talent.

Obviously, one cause is that IT staffing requirements are growing due to digital transformation. As software replaces, complements, or infuses market offerings, more software needs to be written, deployed, and managed. So, one reason the talent war temperature is moving up is just general demand for technology personnel.

However, there are additional reasons the war for talent is going to get blistering hot.

Digital-first applications require specific skills even scarcer than general IT talent. Writing microservice apps designed for elasticity and failure resilience calls for skills present in only a small percentage of the overall technical talent pool.

Writing microservice apps designed for elasticity and failure resilience calls for skills present in only a small percentage of the overall technical talent pool.

As demand for digital-first applications grows against a small percentage of the pool, it will be harder and harder to successfully recruit staff to a given technology organization. Enterprise IT shops are at an additional disadvantage given their historical reluctance to bid up wages for this category of employee.

It used to be that old guard IT organizations had some geographic protection in this competition. For example, if you were a regional retailer located in Grand Rapids, the competition to hire someone with technical skills was relatively lower than in a large tech hub. That has changed, though.

One of the unanticipated results of COVID-19 has been the growth of remote work; suddenly, one could be employed by a top cloud-native company and happily reside in Grand Rapids. While some large technology firms like Google have put forward policies designed to induce/urge employees back into their offices, remote work appears to be here to stay.

For those formerly geo-protected companies, this means the competitive pool for desirable employees has grown to include a much broader range of companies. And many of those companies treat employees like a competitive advantage and have no hesitation at bidding up their salaries.

Consequently, one can easily predict that talent access will be a critical issue for technology organizations across the land, and companies will have to adjust to the new reality of attracting candidates who have more employment options than ever.

The Future in a Nutshell: Faster, Ever Faster

The coming year will see more change in IT than we saw over the pre-COVID decade. Driven by the torrid growth in technology adoption by businesses seeking to respond to changing customer demographics and preferred interaction modes, software will be a core competence for every company.

The consequences of these changes will be massive. Every company will need to decide how willing it is to restructure its assumptions and plans in light of these changes. There’s no hiding—it’s only a question of whether a company chooses to accept or resist the changes.