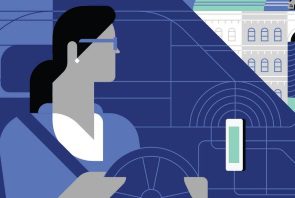 A series of law suits, criminal investigations, executive departures and employee firings present a general picture of management disarray that calls into question whether once high-flying ride sharing startup Uber can survive as an independent business.

A number of observers have put the start of Uber’s decline as Feb. 19 when engineer Susan Fowler posted a blog entry detailing an egregious case of sexual harassment coupled with total inaction on the part of Uber’s management.

Fowler’s charges convinced Uber to arrange for an independent investigation by former U.S. Attorney General Eric Holder. Holder and his legal team, which released a set of recommendations that was accepted by the Uber board of directors on June 11.

But the signs of corporate upheaval began long before that. Fowler’s blog entry mainly served to precipitate some long overdue reforms and reveal serious management and cultural problems inside the company.

The need for change reaches back to the early days of the company when the idea of a ride-sharing app was facing opposition on all fronts. This was partly because nobody fully understood Uber’s goals in the transportation business and partly because a number of entrenched interests were afraid of the disruption Uber was likely to cause.

And if Uber was anything, it was disruptive. It seemed that Uber went out of its way to make its ride-sharing app and its move into regional ground transportation markets as disruptive as possible. Uber’s mode of operation was to begin operations in a new city while ignoring any laws or regulations that cover local taxi services or ride-sharing.

This disruption proved to be effective. Uber, founded in March 2009, grew to a $70 Billion market valuation in seven years as venture capitalists poured money into a company that has yet to turn a profit.

Uber established operations in cities worldwide, sometimes to be greeted by massive taxi driver strikes, protests and even occasional violence. But more often than not, Uber was simply allowed to operate. While Uber’s tactics enabled it to overcome opposition, the culture that grew used to overcoming opposition grew out of control.

Those tactics resulted in an effort by Chief Business Officer Emil Michael to hire private investigators to look into the private lives of journalists he perceived as being anti-Uber. But it also resulted in the belief that anyone who was perceived to be a high performer was beyond reproach. That was what happened in the harassment charges raised by Fowler.

But it also appeared in other contexts, such as when Uber created Grayball, which was a version of the Uber app designed to keep potential regulators from getting rides from Uber. It also appeared in changes to the software that allowed Uber to follow users even when they weren’t using the ride-sharing app—a move that has resulted in a $20,000 fine by New York State.

Grayball, meanwhile, has generated an investigation by the U.S. Department of Justice. Then there’s the ongoing issue of the effectiveness of Uber’s background checks on drivers.

The background checks are an issue in civil suits that are costing the company millions. In one case, an Uber driver shot eight people in Michigan, while also picking up riders.

Now the Uber chickens are coming home to roost. Holder’s report on the company’s corporate culture and recommended changes will be revealed on June 13. Michael has left the company suddenly and with little explanation. Uber CEO Travis Kalanick has reportedly decided to take a leave of absence starting on the same day.

Meanwhile, a separate investigation into hundreds of human relations complaints ranging from sexual harassment and bullying resulted in the firing of 20 employees. Uber’s culture became publicly obnoxious enough that a campaign using the hashtag #DeleteUber encouraged customers to erase the app from their phones and to begin using other services.

The management meltdown at Uber is due at least in part to an extreme form of Silicon Valley culture in which anything can be forgiven if the offender is otherwise meeting or exceeding expectations.

The problem with this culture is that neither employees nor customers like it very much. Both will vote with their feet when that happens. Uber current situation highlights what can happen to a company when this culture is allowed to develop unchecked.

With most companies, the youthful exuberance gives way to more responsible practices. Companies learn quickly to adopt generally accepted management practices so they can retain employees, customers, avoid costly lawsuits and all the negative publicity that comes with them.

Uber appears far from ready to develop any measure of management maturity. Kalanick has been reported to make jokes about changing his company’s name to resemble a slang term for a portion of a woman’s anatomy and according to a report by CBS News, to regret company rules that didn’t allow him to enjoy the favors of female employees.

Kalanick’s own role in his company’s toxic culture was revealed an argument he had with an Uber driver in a video that went viral on YouTube. That argument occurred a few days after the Fowler blog post that was just the start of a litany of legal and management problems that would come to light.

By that point, Kalanick decided that he needed a strong management leader help to run his company, so Uber began a search for a chief operating officer in March.

That quest has so far failed to bring results, perhaps because no corporate executive with the right experience wanted to be part of Uber’s culture. Or perhaps it’s because nobody could be found who would be willing to work with Kalanick and his undisciplined ways.

It’s possible that the Holder report will show a realistic step by step process for rebuilding Uber management and culture. More likely, it’ll contain recommendations to fix the worst of Uber’s failings, which will give the company time to fix its dysfunctional culture.

But one thing is clear. Uber’s best way forward is likely to be one without Kalanick. Perhaps his hyper-aggressiveness was what was needed at the beginning. But what’s needed now is adult leadership and that requires people who act grown-up.