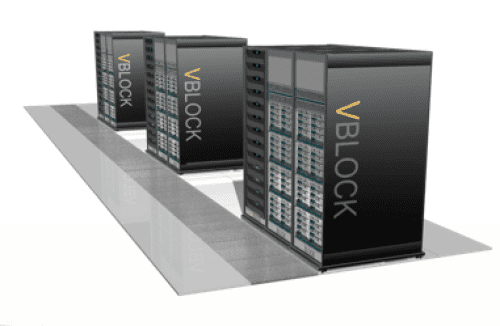 SANTA CLARA, Calif. — VCE, a virtualized systems startup founded and backed by four of the most successful IT companies in the business, has billion-dollar views of the IT world: literally from its 12th-floor Silicon Valley offices and figuratively with its boardroom strategy plans.

Not only does the young company’s Santa Clara office—located across the street from two of its co-founders, Intel and EMC—have a sweeping view of the San Francisco Bay Area from high up in a Cisco Systems building, it sees new-generation enterprise IT as a promising greenfield of new business.

VCE, short for Virtual Computing Environment, already is experiencing a $1 billion run rate after only three years of providing powerful, integrated, converged cloud systems for large IT environments, many of which are financial services and media providers. Now it’s planning to plow those new fields and harvest more billions.

Gartner recently identified VCE as the market leader in the integrated infrastructure segment with a 57.4 percent share. The company also reported that 66 percent of its customers purchase additional systems, some ordering systems that exceeded their initial orders by as much as 5X.

On Feb. 21, VCE revealed that it is now providing scaled-down versions of its preconfigured, pretested rack servers, storage and networking equipment for midrange and smaller enterprises. While large enterprises are normally the chief targets at which new companies aim—after all, big companies are usually the first movers into new IT products and services—the vast midrange and SMB markets, especially in Europe and the Far East, are where the real future lies for many data center equipment providers.

VCE is a partnership venture among four IT giants—Cisco Systems, VMware, EMC and Intel—that was founded in November 2009. It produces cloud computing systems called VBlocks that use hardware and software from all of those companies.

The first VBlocks were serious enterprise rack- or blade-based systems for large data centers. They cost from $865,000 to $2.2 million apiece, so the midrange obviously was not the first go-to market when the company was formed four years ago.

Where VBlocks stand apart from competitors such as HP, Dell, IBM and Oracle is that they are preconfigured, converged-function cloud computing systems that can run hundreds to more than 6,000 virtual machines, depending on customer needs. Cisco supplies servers and networking, EMC the storage and data security, VMware the virtualization and management software, and Intel the processors.

Best of Breed from Four Top IT Makers

CEO Praveen Akkiraju, a 19-year Cisco Systems veteran who came to VCE in July 2012, laid out the high level of the new strategy to eWEEK by explaining that “the cloud is about accepting some level of standardization, so that you can get the benefits of speed, flexibility, and cost-savings.”

“Cisco, EMC and VMware came together and said, ‘We have the best-grade components in these areas. If you’re able to create a standardized infrastructure called the VBlock as the foundation for the data center, then that allows the IT departments and service providers to focus more on the application aspects, the evolution to IT as a service,'” Akkiraju said.

“Here was a way to simplify some very complex components of the data center, so we could allow those CIOs, under compressing budgets, to focus on the key areas where they can touch their customers and impact the business.”

Once Ordered, It’s on a Fast Track

Once the decision to buy a VBlock is made, the deployment happens pretty fast, Akkiraju said.

“After we sit down and determine exactly what type of VBlock the customer needs, including all network configuration to storage tiering to server virtualization—the whole thing—we use that to build the VBlock,” Akkiraju told eWEEK. “We’re able to deliver—from the time the order is placed to the time the VBlock hits the data center—in 30 to 45 days. We then connect it and make it up for operation within 48 hours. Absolutely guaranteed.”

Most IT systems providers produce a document that describes how a customer should optionally assemble the system by using best practices, CTO Trey Layton told eWEEK. But this is not VCE’s approach.

“We build these things in a factory,” he said. “And we’ve given this incredible experience to large enterprise service providers in the core data center.”

New Products on the (V)Block

The new VCE systems announced Feb. 21 are as follows:

—VBlock System 100 (starting at about $180,000) and System 200 ($350,000): These midrange-aimed systems provide the same innovative integration as VCE’s System 300 and System 700 solutions in smaller form factors and for additional use cases.

—VBlock System 300 (starting at about $650,000) and System 700 ($950,000): These have been enhanced with new-generation processors, memory and other components, resulting in a 2X improvement in system performance. In addition, VCE is offering new I/O configurations that enable greater flexibility in configuring I/O to meet the requirements of specific applications and workloads.

—VCE Vision Intelligent Operations: This is powerful VBlock discovery and management software that serves as an open mediation layer between VBlock Systems and existing data center management tools. It can dynamically inform those tools about VBlock as an object as well as its individual components, and help promote more agile infrastructure management.

“This latest announcement finds VCE succeeding on all three fronts,” Pund-IT analyst Charles King wrote in a media advisory. “On the portfolio side, the new Vblock System 100 and 200 solutions provide a logical expansion for a host of smaller or more limited customer requirements, those typified by the company’s System 300 and 700 solutions.

“The new System 100 and 200 offerings should also quiet competitors who have long claimed that VCE’s focus on supporting large enterprise and business critical applications made the company a non-entity in lucrative markets for midsize businesses and service providers.”

However, VCE is unlikely to ever become a mainstay among small businesses, King wrote.

“The main use cases it identifies for the System 100 (simplifying/streamlining IT in remote/branch of-fices) and System 200 (midsize data centers, SPs and IT development organizations) is largely enterprise-leaning, reflecting the priorities of the company’s investors: VMware, Cisco and EMC. That’s also likely the case in VCE’s new, specialized system for SAP’s HANA.”

The Vblock System 100 is now available through VCE and its channel partners. VBlock System 200, the enhanced Vblock System 300 and 700, VCE Vision Intelligent Operations and VBlock Specialized System SAP HANA are in early customer shipments and are targeted for general availability early in the second quarter of 2013.