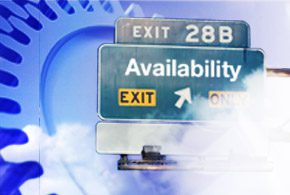 IBM launched a new cloud unit earlier this year to focus its activities and bring the company’s overall cloud strategy under one leader as Big Blue takes aim at more established competitors, such as Amazon Web Services (AWS) and Microsoft.

IBM’s claim to fame is its expertise in the enterprise, and the company is hoping to ride its enterprise prowess to a leadership position in the cloud space. However, the company’s rivals and some observers say IBM has a way to go before it can claim to be a “leader” of any sort in the cloud.

In a recent Forrester report, analyst John Rymer asked: “Is IBM a cloud leader yet?” His conclusion is that IBM is a “strong contender” but not yet a leader. Rymer added that he believes IBM needs more time to join the ranks of cloud leaders, such as AWS, Microsoft and Salesforce.com.

Meanwhile, IBMers contend that the company deserves to be considered a leader, and they are tired of being portrayed as the Rodney Dangerfield of the cloud.

For instance, in several public appearances over the last year, Scott Guthrie, executive vice president of the Microsoft Cloud and Enterprise group, made it plain that Microsoft is most worried about AWS and Google as cloud computing competitors. No mention of IBM.

“Now, ultimately, we think there’s going to be three large hyper-scale providers out there in the world that are going to be able to achieve this type of scale footprint, basically us—Microsoft—Amazon and Google,” Guthrie said in a speech at Microsoft’s Worldwide Partner Conference 2014 last July in Washington, D.C. “Our plan is to differentiate from the other two by the level of enterprise-grade support we provide you, as well as the unique hybrid capabilities that enable you to deliver integrated customer solutions. And with Azure, we’re committed to delivering the best enterprise-grade cloud service out there.”

For his part, Rymer credits IBM with being innovative and aggressive in the cloud—rolling out new services and beefing up its SoftLayer data centers. Yet, he notes that there may be risk involved with that innovation, in that some of the newer services—such as Bluemix—may be unstable, particularly at scale. Rymer also contends that enterprises may need to watch for potential integration complexity and other possible risks.

“IBM has a strong strategy based on a realistic appreciation of how cloud and associated technologies can advance large enterprise success,” Rymer said in his report. “IBM is also committing substantial resources to customers who need help with their digital/cloud migrations. But check the product details carefully to avoid assumptions you may regret about platform stability and scalability, service maturity, and sustainability and portability of applications written to IBM’s APIs. “

Rymer acknowledged IBM’s “strong” cloud strategy and noted that the IBM InterConnect 2015 conference in February was a coming-out party for the company’s new cloud unit and new technologies and services like Bluemix Local, but he is still waiting for IBM to deliver a leading cloud platform for the enterprise.

However, Charles King, president and principal analyst at Pund-IT, said IBM’s rise to the cloud ought to be viewed separately and not in a one-dimensional comparison to companies that have taken significantly different paths to the cloud. For instance, AWS cashed in on its existing IT infrastructure for cloud services, Microsoft built Azure from the ground up as a dedicated cloud/hosting infrastructure, and Salesforce’s business has always been based on delivering hosted services, he said.

King argues that, in contrast, prior to acquiring SoftLayer in 2013, IBM had a substantial number of data centers for hosting services to its enterprise customers. That meant the company was able to capture particular synergies with SoftLayer, which also had a substantial number of large business clients. Ever since the deal closed, IBM Cloud has focused largely, though not exclusively, on enterprise-class services and features, he added.

“IBM lags Amazon and Microsoft in customer numbers. A couple of reports I’ve seen placed estimates that it owns about 9 percent of the market compared to Amazon’s 25 percent and Microsoft’s 15 percent,” King told eWEEK. “But the way the company is evolving IBM Cloud also differs substantially from its chief rivals.

“Amazon is trying to go up-market by claiming its services are now enterprise-ready,” he continued. “In other words, they are trying to invade the highly desirable space where IBM already has the high ground. Microsoft offers numerous Azure-based services but primarily uses it as a platform to support Web-based versions of its SharePoint, Exchange and Office platforms and solutions.”

When Will IBM Become a Cloud Leader?

Moreover, IBM is aiming at other, different areas such as scaling-up its Bluemix PaaS platform to meet the complex needs of enterprise developers, building out its network of data centers to support customers across the globe, developing new industry-specific solutions and services, and working with a growing number of partners, like Twitter and The Weather Company, to develop analytics services that can be delivered to businesses via IBM Cloud, King said.

“So from a market-share standpoint, you could say that IBM certainly trails companies like Amazon and Microsoft,” he said. “But I’d argue that the company’s deep understanding of its enterprise clients makes its existing position highly defensible and thus allowing it to focus its efforts on areas where it believes cloud is going toward. I believe that focus on the future is what denotes a true leader, not something as fragile and changeable as market numbers.”

IBM’s alliance with The Weather Company is a key win—the kind of win Big Blue will need to reproduce to become recognized as a true leader in the cloud. IBM and The Weather Company recently announced a global strategic alliance to integrate real-time weather insights into business to improve operational performance and decision-making for enterprises. As part of the partnership, The Weather Company, will shift its massive weather data services platform to the IBM Cloud and integrate its data with IBM analytics and cloud services. In short, it appears the move stems from IBM’s ability to help the weather company more effectively sell its data—and more of it—as a service.

However, The Weather Company was quick to note that although it is partnering with IBM and moving some services to the IBM Cloud, it is not migrating all of its services off AWS, which has hosted the weather organization’s apps up to now.

“The reports around a complete migration off of AWS were not accurate,” Bryson Koehler, executive vice president and CIO of The Weather Company, said in a statement on March 31, when news of his company’s deal with IBM broke. “I, and The Weather Company, continue to believe in a multi-cloud architecture that allows us to manage workloads across multiple cloud providers. Our partnership announcements today are in addition to our long-standing and strong partnership with AWS.”

Still, The Weather Company is a major win for IBM and signals more to come, as it highlights IBM’s strength in analytics and the Internet of things as key components in IBM gaining the business. AWS cannot deliver the kind of analytics and IoT services that IBM can, nor does it have the army of experts or level of investment in those areas.

IBM just announced a new IoT business unit it pledged to invest $3 billion in over the next four years, and the company is tapping more than 2,000 IBM consultants, researchers and developers to support the new IoT initiative. In addition, IBM has a solid portfolio of analytics solutions, including nearly 9,000 business analytics consultants and 400 researchers around the world.

IBM will continue to rack up wins in the cloud by exploiting its strengths. Will it be enough to ultimately attain a leadership position? Probably. As King said, it depends on how you look at it.

“A leader in a market is defined in one of two ways, either by market share or technology advancement,” said Rob Enderle, a longtime IBM watcher and founder and principal analyst of the Enderle Group. “At their scale, with SoftLayer, IBM could eventually outspend AWS and take market-share leadership. Putting Watson in the cloud and finding a way to make it easier to train could give them tech leadership in plain language intelligent analytics, and expanding the partnership with Apple to provide a version of Siri backed by Watson could do both.”