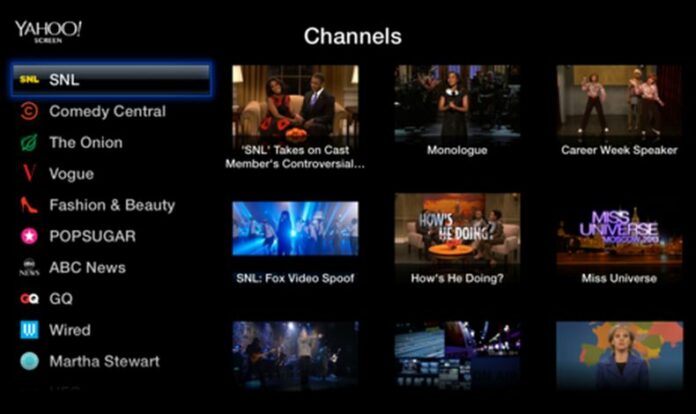 Yahoo continues to establish a foothold as a Web television channel in an increasingly crowded field. The search and Web services provider said April 27 that it plans to launch a total of 18 new video series.

Yahoo made the announcement during the 2015 Digital Content NewFronts series of media events, which continue through May 14 in New York.

Yahoo will launch the new series across its Live, Digital Magazines and Original video channels. The new additions will bring to 55 the number of video series in Yahoo’s growing schedule. They also signal the company’s plans to continue to invest in original video content in an effort to compete with such diverse services as YouTube, Netflix, Amazon, Hulu and Pluto.tv.

Other series to debut at various times this year are “The Pursuit,” a new, scripted original long-form series about 20-somethings in 2015 New York from Scott Stuber and Beth McCarthy Miller; “I Am Naomi,” starring executive producer Naomi Campbell; and “Riding Shotgun” with Michelle Rodriguez, among others.

Yahoo Live launched in July 2014 for online live music and events, which included a partnership with Live Nation to stream concerts throughout the year. Since its origin, live programming on the site has had more than 110 million streams.

Yahoo has diversified over the three years that Marissa Meyer has been CEO. The company also has a partnership with Comcast to use its sportswriters as hosts and analysts in cablecast television shows in the San Francisco/San Jose/Oakland market on Comcast Bay Area.