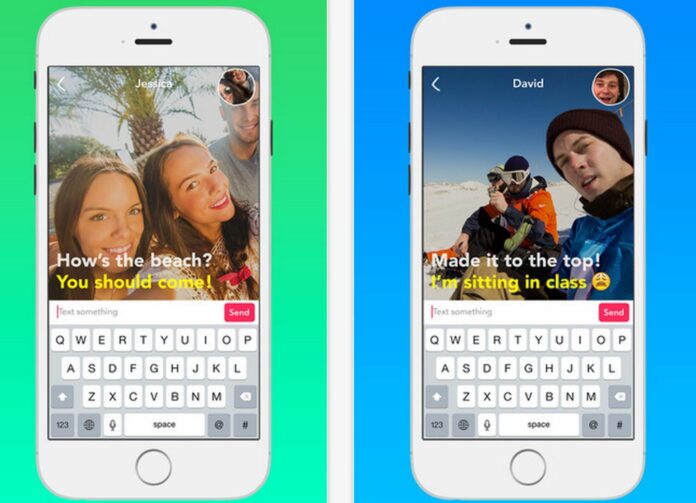 Another indicator that video and messaging continue to be increasingly important developmental factors in new-gen IT came to the fore July 17, when Yahoo quietly soft-launched a new version of its free Messenger mobile app that provides video behind texting.

The Livetext for iOS app may be the closest thing to turning a smartphone into a live television camera, only the app is silent and comes with texting. Users can have virtual face-to-face chats and text each other simultaneously, and there’s no voice to get in the way of the messaging. It should be very useful for people in business or classroom situations, or in noisy places, such as sporting events.

The Sunnyvale, Calif. advertising and Web services giant made the app available in the Hong Kong iTunes App Store, under the listing Yahoo Livetext Video Messenger. There was no word from the company July 17 as to when versions for Android, Windows and BlackBerry phones might be made available.

‘Natural Way to Have Conversations’

Yahoo describes the app this way on the iTunes site: “Welcome to Livetext for iOS, the most natural way to have REAL conversations. It’s live video texting, without sound. You will feel like your friends are right there with you.”

More of the description: “The advent of smartphones led a shift toward convenience and speed. We’ve gone from communicating primarily with our voices to using our fingers to text on glass. But somewhere along the way, we lost the natural flow of conversation. Our solution is to go back to the basics, by putting your words and your friend’s real-time reactions at the center of your interaction. We’ve removed audio from the equation, as it’s rarely convenient in today’s fast-paced world.”

Yahoo made the app live on July 11. Livetext for iOS can use either a WiFi or cell connection and can do only 1:1 messaging, not group chats—at least not for the time being.

Unlike Skype or FaceTime

Livetext for iOS doesn’t do video calling the way Skype or FaceTime does. The way it works is that one user begins texting a friend, and then when the message recipient joins the chat session, the originator immediately sees him or her on the screen. Sessions can last as long as needed.

The app also taps into a user’s contact list to find those who have a Livetext ID.

Yahoo teased the media July 17 with little comment. The company’s response to one query was this: “We’re always experimenting with new product experiences that delight our users. We have nothing further to share at this time.”

It’s common knowledge within industry circles that Yahoo has been working on an upgrade to its mobile messaging application for several years. Facebook faced the same conundrum a while back before it bought WhatsApp for $19 billion in early 2014 and retooled its home-built Short Message Service (SMS) function. Following several fits and starts, Yahoo apparently has broken through with an app with which it’s satisfied.

Update Was in the Cards

The original Yahoo Messenger app was dropped from iTunes about two months ago, a clear sign that a new version was in the offing.

All the major social networks rely heavily on messaging to provide services, of course, and other IT providers, such as Microsoft (with Yammer), Cisco Systems, Intel, RingCentral, Verizon, AT&T, VMware and dozens more have added the functionality for customers. Angel.co lists 234 companies now operating that have built their entire business on messaging.

As time goes on, it’s a safe bet that video will be added to some of those apps.