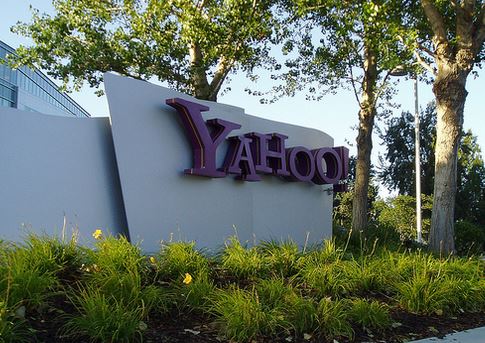 Nearly a month after the Yahoo board of directors told CEO Marissa Meyer in no uncertain terms that they want to see big changes — clearly meaning cutbacks — in the operation of their favorite Web services provider, the CEO and her staff are expected to make public a cost-cutting plan Feb. 2 as part of its fourth-quarter earnings report.

According to a report Feb. 1 in The Wall Street Journal, Mayer is going to reveal cost-cutting plans that include slashing 15 percent of the company’s workforce — or roughly 1,600 jobs, and closing several business units. The Journal said its sources did not specify which business units might be closed.

As is standard procedure, a Yahoo spokeswoman said the company could not comment during its quiet period before it releases earnings.

The Yahoo with high-visibility Katie Couric as managing editor of its news division, the Yahoo whose sportswriters double as commentators on regional Comcast sports television shows, and the Yahoo whose home page, blogs and email service have millions of users may soon cease to exist.

Instead, the Sunnyvale, Calif.-based company ostensibly is being forced by activist investors who don’t believe in the competitiveness of Yahoo anymore to sell off its main business and keep the corporate identity of Yahoo as a shell to manage the rest of its assets—which consist mostly of its $30 billion stake in Chinese online retail sales site Alibaba.

There remains a lot of conflict at the board and shareholder levels, because Yahoo executives up until recently were still hoping for a rebirth of sorts—although this may well be a tactic to try to fetch a higher price for the core business from possible buyers. After all, the company still is a very profitable business, even though its profit margins have been getting thinner as time goes by.

Yet, the investing naysayers may be getting the upper hand. There is far more talk about breaking the company up and selling pieces to high bidders than there is of finding solutions to the company’s marketshare problems.

Verizon is one large corporation that has said it is interested in acquiring Yahoo if it were up for sale. Other potential buyers would include media and private equity firms, analysts have said.

Yahoo has struggled for more than a decade to expand its Internet businesses, which includes selling search and display ads on its news and sports sites and email service, in the face of competition from Alphabet’s Google unit and Facebook.

Queried at the WSJ CIO Network conference in Half Moon Bay, Calif., a non-Yahoo Silicon Valley executive who asked to remain anonymous told eWEEK he’s worried that Yahoo may not last the year.

“It’s too bad that such a promising company with all that mind share and such great people had to be so mismanaged,” he said. “With a better bigger picture view and some bolder decisions, Yahoo might have been Google.”