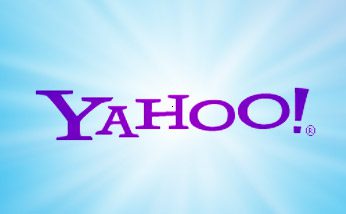 Yahoo is rolling out faster, better-designed and sleeker email services, all bearing the backing of Yahoo CEO Marissa Mayer, who joined the company July 16 after helping to make email one of the biggest successes with her former employer, Google.

The new Yahoo Mail services were announced Dec. 11 in a post by Mayer on the Yahoo corporate blog, touting their redesigned interfaces and more intuitive features for mobile and desktop computing platforms from Android to Apple’s iPhone and iPod Touch to Windows 8.

“Email is the ultimate daily habit,” wrote Mayer in the post. “It’s often the first thing we check in the morning and the last thing before going to bed. Why? Because it’s one of the simplest and most basic forms of communication. And since it’s such an important part of our daily lives, we’re making a few improvements to Yahoo Mail.”

The changes come in response to user requests and because Yahoo had to keep up in a changing email world where companies like her former employer, Google, continue to make their free email offerings even better for their users.

In October, Google’s Gmail service added capabilities for its users to compose multiple emails to different people at the same time, which wasn’t possible in the past using Gmail. That limitation was one of the most frustrating things about using Gmail in the past.

Microsoft has also been busy updating its free email services to take on competitors. In August, Microsoft announced a refresh of its 16-year-old Hotmail services with a new name, Outlook.com, and a streamlined interface, key improvements and the integration of social media connections.

Yahoo’s Mail services aren’t staying on the sidelines, according to Mayer’s post.

“You’ve told us loud and clear that you want fewer distractions when it comes to email,” wrote Mayer. “You want to quickly log in, communicate, and get on with your day. And we’ve listened. Starting today, the new Yahoo Mail is fast, easy and available anywhere you go. These improvements will be available on all major platforms: Web, Windows 8, iPhone/iPod Touch and Android.”

The revised mobile iPhone and Android Yahoo Mail apps are available immediately, but desktop users will see the new features roll out over the next few days, wrote Mayer.

“We’ve redesigned the new version of Yahoo Mail with speed in mind—getting through your emails is faster than ever before,” she wrote. “We’ve also made your inbox more intuitive and easier to navigate, allowing you to focus on what matters most: your messages. And, because mobile is everything these days, Yahoo Mail now has a consistent look and feel across devices.”

Mayer came to Yahoo in July after the company went through an embarrassing and distracting string of three CEOs who had led the company since January. Yahoo was one of the pioneering online businesses back in the mid-1990s, when it became one of the most popular Websites and search engines on the then-nascent Internet. In recent years, Yahoo has often languished and fallen behind many more nimble, innovative Internet companies, but it’s again trying to push forward with Mayer at the helm.

Mayer was one of Google’s first 20 hires in June 1999 and was the company’s first female developer. She went on to lead group efforts with Google’s Gmail and search products for more than 10 years.