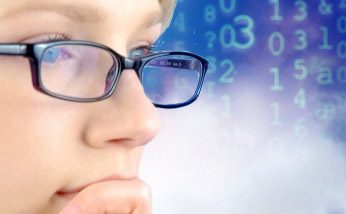 Google’s YouTube unit just turned 8 years old, having launched in May 2005 as a video-sharing Website where people could post their creative works and watch to see if they gained any footholds.

The results have been quite amazing, with YouTube today receiving more than 100 hours of uploaded video from creators each minute, according to a May 19 post celebrating the occasion on The Official YouTube Blog.

“When YouTube’s site first launched in May 2005, we never could have imagined the endless ways in which you would inspire, inform and entertain us every day,” said the post by the YouTube Team. “Every month, more than 1 billion people come to YouTube to access news, answer questions and have a little fun. That’s almost one out of every two people on the Internet.”

All of that video content is being created by millions of partners and contributors, some of whom have become very popular through the growing site. Think PSY and you’ll understand what YouTube can do for your popularity almost overnight if you score a viral mega-hit. PSY is the epitome of that kind of success.

“That’s one of our favorite things about our global audience: you’re as unpredictable as you are creative and irreverent,” the post states.

Earlier in May, YouTube announced a new pilot program through which viewers will be able to buy premium video content for fees starting at 99 cents per month to reward video creators for their labors while encouraging the development of better video for the huge online audience.

Some of the paid content at the start of the pilot includes “Sesame Street,” which will offer full episodes on their paid channel when it launches, as well as “Ultimate Fighting Championship” (UFC), which will offer classic fights such as a full version of their first event from UFC’s new channel.

Subscribers will also be able to watch the paid channels on their computer, phone, tablet and TV.

The idea behind the program is to help find new ways for content creators to gain more revenue from their work, according to YouTube. Finding ways to increase revenues has been something that content creators have been seeking for some time, according to the company. More such efforts will be coming in the future.

Rumors of a pending subscription service on YouTube had surfaced earlier this month.

Last November, YouTube expanded its automatic video captioning for six more languages to make it easier for viewers who are hearing-impaired or who speak different languages. The added languages were German, Italian, French, Portuguese, Russian and Dutch. The automatic-captioning services had debuted in 2009. The first supported languages were English, Japanese, Korean and Spanish.

More than 200 million videos on YouTube have automatic and human-created captions, and the number continues to grow.