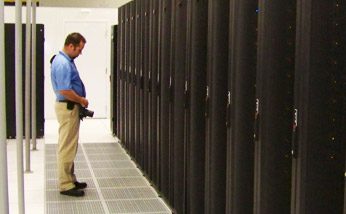 Datacenter capacity in the United States grew by slightly more than 1 percent as larger data center environments continued to rise despite the economic slowdown, according to IT research firm IDC’s report, U.S. Datacenter 2012-2016 Forecast, which provides a census of U.S. datacenters by size, sophistication and ownership. The total number of all types of datacenters in the U.S. declined for the first time in 2009, falling by 0.7 percent. The decline was triggered by the economic crisis of 2008, which resulted in the closing of hundreds and thousands of remote locations with server closets and rooms, according to the report.

The study also highlighted the impact that the dramatic increase of server virtualization has had in reshaping datacenter dynamics, as a fast-growing array of applications and devices used to communicate and conduct business, the rapid digitization of vast amounts of unstructured data, and the desire to collect, store and analyze this information in ever-greater volume and detail has changed how businesses build, organize, and invest in datacenter facilities and assets.

By 2016, IDC said it expects the total number of datacenters in the U.S. to decline from 2.94 million in 2012 to 2.89 million, concentrated in internal server rooms and closets, with a “very small” decline in midsize local datacenters. Despite the slight decline in total datacenters, total datacenter space will actually significantly increase, growing from 611.4 million square feet in 2012 to more than 700 million square feet in 2016. By the end of the forecast period, IDC expects service providers will account for more than a quarter of all large datacenter capacity in place in the U.S.

Along with virtualization and server consolidation, which drove significant declines in physical datacenter size and eliminated the need for many smaller datacenters, the shift toward a cloud model for application, platform and infrastructure delivery has also affected today’s datacenter dynamic. The build-out of public cloud offerings is helping drive growth in the number and size of larger datacenters, while the aggressive use of virtualization has reduced the rate of growth in server deployments in datacenters.

“CIOs are increasingly being asked to improve business agility while reducing the cost of doing business through aggressive use of technologies in the datacenter,” Rick Villars, IDC vice president for datacenter and cloud research, said in a statement. “At the same time, they have to ensure the integrity of the business and its information assets in the face of natural disasters, datacenter disruptions or local system failures. To achieve both sets of objectives, IT decision makers had to rethink their approach to the datacenter.”

The report provides a forecast of datacenter investment plans through 2016 and assesses the impact of changing industry business models as well as IT and network developments on datacenter design, build and management, and includes a new datacenter taxonomy based on a multitude of factors, including scope of IT personnel control, physical location, types of applications supported, power and cooling, downtime, floor area and staff skill sets.