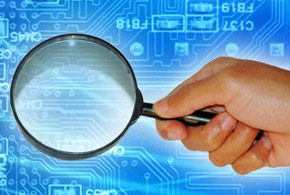 Google has been using, improving and boosting its Knowledge Graph search services for several years to show users how information can be linked together in graphics form to help find desired results. Now it is again pushing forward in the graph database world through the open-source release of Cayley, which will be used in the continuing development of graph databases.

The availability of Cayley was announced by Google software engineer Barak Michener in a June 25 post on the Google Open Source Blog. “Four years ago this July, Google acquired Metaweb, bringing Freebase and linked open data to Google,” he wrote. “It’s been astounding to watch the growth of the Knowledge Graph and how it has improved Google search to delight users every day.”

Since then, the concepts of Freebase and its linked data have spread through Google’s worldwide offices, wrote Michener. “I began to wonder how the concepts would advance if developers everywhere could work with similar tools. However, there wasn’t a graph available that was fast, free, and easy to get started working with. With the Freebase data already public and universally accessible, it was time to make it useful, and that meant writing some code as a side project.”

Google is making that happen now with the release of Cayley, an open-source graph database that is being called a “spiritual successor” to graphd, wrote Michener. Cayley “shares a similar query strategy for speed” with graphd, while adding its own unique features, including RESTful API, multiple (modular) back-end stores such as LevelDB and MongoDB, multiple (modular) query languages and ease-of-use features that make it convenient to work with for developers, he wrote.

“Cayley is written in Go, which was a natural choice,” he added. “As a backend service that depends upon speed and concurrent access, Go seemed like a good fit. Go did not disappoint; with a fantastic standard library and easy access to open source libraries from the community, the necessary building blocks were already there. Combined with Go’s effective concurrency patterns compared to C, creating a performance-competitive successor to graphd became a reality.”

To illustrate some of the uses of Cayley, Google developers created a YouTube video that describes the building of a small knowledge graph using the application. “The video includes a quick introduction to graph stores as well as an example of processing Freebase and Schema.org linked data,” he wrote.

Interested developers can also check out a demo dataset in a live instance running on Google App Engine to see how it works. “It’s running with the sample dataset in the repository — 30,000 movies and their actors, roles, and directors using Freebase film schema,” wrote Michener. “For a more-than-trivial query, try running the following code, both as a query and as a visualization; what you’ll see is the neighborhood of the given actor and how the actors who co-star with that actor interact with each other.”

The open-source project is hosted on GitHub.

Graph search, an open-source database project built on all the networking we do online every day, is the most far-reaching search IT to go mainstream since Google started storing up and ranking Websites more than a decade ago, according to an earlier eWEEK report. Basically, a graph search database anonymously uses all the contacts in all the networks in which you work to help you find information. Anything you touch, any service you use and anything people in your networks touch eventually can help speed information back to you. It avoids anything non-relevant that would slow down the search.

Google is a large user and producer of open-source software.

In December 2013, Google joined the Open Invention Network (OIN), which was created in 2005 as an intellectual-property company that works to promote, protect and openly share Linux patents among its members and the open-source community. The OIN is a consortium of open-source user companies. The other members of the OIN are IBM, NEC, Philips, Red Hat, Sony and SUSE, a business unit of Novell. Canonical and TomTom are associate members of the group. Google had previously been involved with the OIN since 2007 as an “end-user licensee,” according to the OIN.

Facebook has also been experimenting with real-time graph search, which enables users to quickly find content they have touched at some point in their Facebook lifetimes, according to an eWEEK report in January 2013. Queries written in the blue bar across the top of the Graph Search page can fetch photos, videos, links, documents—anything the user has touched or shared, or had shared with—on Facebook from the first day the user joined the social network.