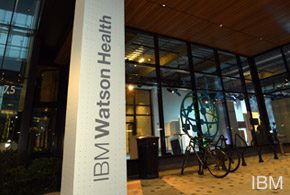 Anne Le Grand, vice president of imaging at IBM Watson Health, said the goal of the collaborative, initiated by IBM, is to bring cognitive imaging into daily practice to help doctors address breast, lung, and other cancers; diabetes; eye health; brain disease; and heart disease and related conditions, such as stroke.

“We want to bring cognitive imaging into daily practice so that doctors are more efficient, as there is a shortage of doctors coupled with a misdistribution of physicians,” Le Grand, told eWEEK. “We want to improve doctors’ diagnostic capabilities and treatment plans.”

To do this, IBM will be calling on its Watson cognitive computing system to extract insights from the vast amount of healthcare data available via the collaborative’s members, as well as the new data being generated every day. IBM has been particularly interested in the unstructured imaging data that to date has been both difficult and very expensive to analyze, Le Grand said.

However, by enabling physicians to glean insights from that data, IBM hopes to enable them to make more personalized care decisions for specific patients while building a body of knowledge to benefit broader patient populations.

“At some point during a patient’s points of care, over 90 percent have an image or lab result associated with it,” Le Grand said. “So we’re going to be using the cognitive capability with the collaborative members’ data and insights to create improved care and better efficiencies.”

Le Grand said IBM has been involved with deep learning and cognitive capability in the healthcare world for over 11 years and has had relationships with entities such as Memorial Sloane Kettering Cancer Center that have continued for over a decade now. That is part of the genesis of this collaborative effort and then the collaborative partners will be bringing additional data, clinical insights and structured and unstructured data such as clinical reports, lab reports, doctor’s progress notes, medical journals, clinical care guidelines and published outcomes studies that will become part of the learning engine for building the cognitive capability of Watson and the analytics, she said.

The launch of IBM’s Watson Health imaging collaborative comes just weeks after IBM announced a collaboration with the American Diabetes Association to bring together the cognitive computing power of Watson with association’s vast repository of clinical and research data.

Similar to the partnership IBM struck with the American Cancer Society, this new agreement aims to build a diabetes advisor for patients and caregivers.

Diabetes is one of the most common and costly chronic diseases today with 1.4 million people diagnosed in the U.S. each year. There are more than 29 million Americans living with diabetes and another 86 million with pre-diabetes, according to the American Diabetes Association.

“By combining the Association’s enormous body of valuable data with Watson’s cognitive computing capabilities, we will empower people living with diabetes, clinicians and researchers with better data and better insights, which ultimately can lead to better outcomes,” said Kevin L. Hagan, CEO of the American Diabetes Association, in a statement.

IBM announced its partnership with the association at the 76th Scientific Sessions of the American Diabetes Association earlier this month in New Orleans.

Also at the event, Nutrino announced a partnership with Medtronic that will give people with diabetes an individualized picture of how daily food intake and other measures impact glucose levels. Medtronic is an IBM partner that uses Watson to power its diabetes smartphone app.

“For people living with diabetes, managing the disease takes a team approach—from providers to diabetes educators and even technology companies like IBM and Nutrino, we all have a part to play,” said Yaron Hadad, co-founder and chief scientist of Nutrino, a health insights platform.

Nutrino’s app syncs up with continuous glucose monitors and insulin pumps to give people a “FoodPrint” of how each bite they take impacts their glucose levels and daily nutrition needs, Hadad said.