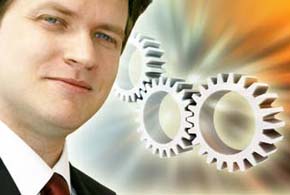 MongoDB announced a bunch of enhancements to MongoDB Management Service (MMS), its cloud service for managing the MongoDB database ecosystem.

MMS dramatically simplifies operations for MongoDB deployments of any size, reducing operational overhead by 95 percent for many operations, the company said. MMS enables users to deploy and manage MongoDB at scale with the click of a button.

“MMS completely changes the way people run MongoDB,” Eliot Horowitz, co-founder and CTO of MongoDB, said in a statement. “MMS makes it simple—most operations have been reduced to just a few clicks. MMS also makes operations reliable—everything we know about running MongoDB is built into MMS—upgrades, scaling, rebalancing, and other critical operations are performed with no downtime to your app. And we’ve packaged MMS as a service with an elastic pricing model, so it works the way most people want to do business today.”

For users on Amazon Web Services, MMS can provision and optimize their instances for MongoDB automatically. MMS also manages upgrades and downgrades of deployments in minutes, with no downtime. Users stay on top of the latest releases of MongoDB without impacting their business, the company said.

“While someone might normally use MMS to monitor production environments, I’ve found it useful for development as well,” Flavio Percoco, senior software engineer at Red Hat, said in a statement. “In order to understand whether the shard key I had chosen would distribute my writes evenly across my shards, I set up a sharded environment, then set up MMS and stared at those amazing opcounter charts while my performance test scenarios ran. I quickly noticed that something was wrong with my shard key, and I changed it right away.”

The opcounter keeps track of the number of operations a MongoDB instance has processed.

MMS enables users to add capacity without taking their application offline. And it works with any Internet-connected infrastructure: public cloud, private cloud or laptop. Using MMS, users can easily control all their deployments through a single interface, no matter where they run.

“For us, MMS pushes MongoDB to a maturity level required by large enterprises where reliability, consistency and automation are critical,” Aric Fedida, CTO at InterWallet, said in a statement.

“What I’ve seen in MMS is really impressive,” Jon Dokulil, vice president of engineering at Hudl, said in a statement. “MMS is taking some of the hardest parts about running a larger MongoDB cluster and making it dead simple. My infrastructure team is going to save a ton of time. Instead of automating, debugging and testing things like adding new shards or upgrading versions, we can let the creators of MongoDB do it for us. Bottom line: MongoDB just got dead easy to run.”

MMS backs up deployments continuously and users can restore their deployments to any point in time. And users can be notified on custom alerts for more than 100 system metrics, via email, Short Message Service (SMS), PagerDuty, HipChat and others.

“The cost of managing traditional databases is high. Mistakes made during routine maintenance are responsible for 80 percent of application downtime,” Dev Ittycheria, president and CEO of MongoDB, said in a statement. “With MMS, we have re-imagined the management of the database. Today, MongoDB is downloaded over 10,000 times a day, and MMS lets users spend their resources building their apps instead of worrying about their ops.”

MMS is free for the first eight servers, then $50 per server per month. Optional backup storage is priced at $2.50 per gigabyte per month, based on the size of the data. Billing is available via credit card or invoice.

“MMS frees my team to focus on what matters to our business and to our customers,” said Mike Chesnut, director of operations engineering at Crittercism. “Taking the tedium and guesswork out of provisioning and upgrading MongoDB clusters is a huge leap forward in modern database administration, especially when operating at our level of scale.”

Meanwhile, “MMS has been super helpful for both engineering and ops,” said Ryan Witt, CTO at Decisive. “One of our engineers, fairly new to MongoDB, used MMS to deploy a sizable sharded cluster and tune it up and down during development. This is an event processing system that needs to be reliable, processing thousands of events per second on terabytes of data. MMS let us ship without taking attention away from normal operations.”