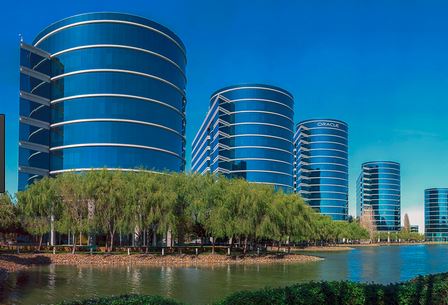 Oracle’s corporate move from on-premises hardware and software to the cloud–the now-burgeoning business that CTO and co-founder Larry Ellison laughed at as unrealistic several years ago–is getting more intense as the company tries to wean itself off maintaining legacy systems that are fast becoming obsolete.

The world’s largest enterprise database maker said Sept. 14 in its Q2 2018 earnings report that it brought in revenue of $9.2 billion, up 7 percent over Q1 and easily outflanking Thomson Reuters analysts’ projection of  $9.02 billion.

Cloud revenue for the three-month period was up a substantial 51 percent year over year, according to the balance sheet distributed by the company. Last quarter, Oracle said it expected cloud revenue to be up 48 percent to 52 percent, so its guidance in this sector was right on the mark.

However, new software license revenue for on-premises systems again fell back, slipping 6 percent for the quarter.

Analysts were expecting 68 cents in earnings per share on $9.49 billion in revenue, Thomson Reuters said. After Oracle CEO Safra Catz made that guidance statement, the effect was immediate; the company’s stock dropped more than 5 percent below the closing price of $52.79 per share.

This is probably only a blip, however; Oracle’s stock is up a total of 37 percent in calendar 2017.

In the cloud platform-as-a-service and software-as-a-service markets, Oracle trails such established providers as Amazon (AWS), Microsoft (Azure) and Alphabet (Google Cloud). In cloud applications, Oracle competes with a phalanx of companies that include Salesforce, SAP, Dell EMC’s VMware, Microsoft and Workday–to name only a few.

Oracle’s cloud infrastructure and platform revenue, which totaled about $400 million in Q2 2018, is only a small percentage of Amazon’s market-leading AWS service, which produced $4.1 billion in revenue this quarter.

“In a couple of weeks, we will announce the world’s first fully autonomous database cloud service,” Ellison said on a conference call to analysts. “Based on machine learning, the latest version of Oracle is a totally automated ‘self-driving’ system that does not require human beings to manage or tune the database. Using AI to eliminate most sources of human error enables Oracle to offer database SLAs that guarantee 99.995 percent reliability while charging much less than AWS.”

Oracle has been working on this blockchain cloud project for a long while.