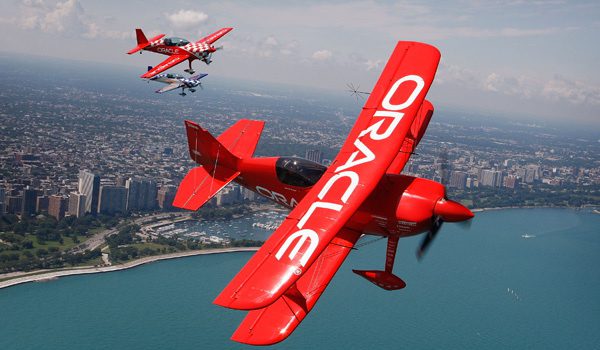 Oracle on March 20 turned in what for many investors was an alarming third-quarter 2013 earnings report.

The world’s third-largest software company posted revenue that decreased to $8.97 billion from $9.06 billion a year ago and demonstrated an obvious weakness in the “Engineered Together” hardware business upon which it relies so heavily.

Revenue from hardware system products—including servers, storage, and other appliances—fell steeply by 23 percent to $671 million, badly missing estimates of $796 million in the quarter.

The immediate future also looks a little cloudy. The Redwood City, Calif.-based all-purpose IT provider said it expects fourth-quarter revenue to be down between 1 percent and 4 percent.

Following the announcement, Oracle shares fell about 8 percent in value in after-hours trading to $32.95, down $2.81 from the closing price of $35.76.

Thomson Reuters analysts had expected Oracle to report earnings, excluding items, of 66 cents a share on $9.38 billion in revenue.

New software sales and Internet-based software subscriptions fell 2 percent to $2.3 billion, below the company’s own forecasts.

Barnicle described the results as “pretty disappointing” on CNBC. “[I’m] trying to find the silver lining here—looks like the software update and support business was better,” he said. “But pretty disappointing on the hardware side of the business in particular, [which] came in at $671 million. [The] consensus had been for $796 million.”

“On the hardware side they’re facing the same headwinds that everybody in the hardware industry is facing, as you get more consolidation and commoditization of hardware,” Barnicle added.