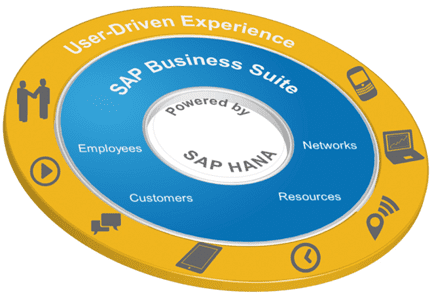 When SAP launched its super-fast HANA in-memory database five years ago, it renewed a slumping company by opening a new set of business possibilities. Since then, it has kept a regular cadence of releasing new and refreshed applications to run on it.

On Feb. 3, the company announced that it has retooled its bread-and-butter business application for in-memory systems. The SAP Business Suite 4 SAP HANA suite is built for use on any device, mobile or stationary, and can be deployed in cloud, on-premise and hybrid options. The announcement was made at a special launch event at the New York Stock Exchange.

By designing most of its new software specifically for deployment on its own in-memory database, SAP is eschewing current data center trends that point to best-of-breed hardware components and software as the easiest, most efficient and most practical way to refresh a data center.

‘Breaks Through Limitations of the Past’

It runs only on SAP HANA in order to “break through all limitations of the past, and to fully leverage the latest in-memory and real-time capabilities of SAP HANA,” CEO Bill McDermott said.

“When Hasso Plattner invented SAP HANA, we knew the day would come for SAP Business Suite to be reinvented for the digital age. At a moment when businesses around the world need to enter new markets and engage with their consumers in any channel, there’s now an innovation platform designed to drive their growth,” McDermott said.

“This is an historic day, and we believe it marks the beginning of the end for the 20th-century IT stack and all the complexity that came with it.”

To be sure, it took a big window of time (more than four years) to change over the business suite from conventional on-site servers—most of which are still stocked with spinning-disk hard drives and standard parallel databases—to the in-memory system. But SAP has long been known to be a patient, methodical company in its approach to turning out quality applications.

Designed for Range of Line-of-Business Users

SAP said S/4HANA features guided configuration for adoption, an intuitive user interface for business users of all roles in a company on almost any device, a simplified data model, on-the-fly insight at a high level of granularity and redesigned real-time business processes.

One of the suite’s most widely used apps, SAP Simple Finance, was the first demonstrated on the HANA database at the New York launch event.

SAP S/4HANA also will continue to expand the SAP portfolio of cloud solutions, such as those from SAP-owned companies Ariba, Fieldglass and SuccessFactors. The offering will help enable customers to define their own pace to the cloud based on their needs while keeping all the integration and business benefits of their existing SAP solutions, McDermott said.