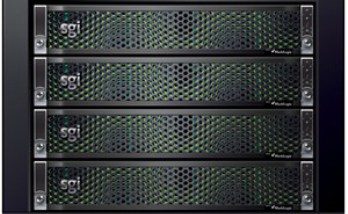 High-performance server and storage maker SGI and NoSQL database provider MarkLogic, joining forces to compete against the likes of Oracle, IBM and SAP, have come up with a new big data-optimized storage analytics package.

The SGI DataRaptor server housing a MarkLogic parallel database, released Oct. 15, is a preconfigured, open-standards combination designed to make it faster, easier and less expensive for enterprises to generate reliable and secure reports.

“Most companies have relational databases or data warehouses for structured data, but they’d like to get their unstructured data into structures so they can make some sense out of it,” Franz Aman, SGI’s senior vice president of Strategy and Chief Marketing Officer, told eWEEK.

“The dilemma they have is this: Should we stick with the stack we have, maybe pre-process things, but somehow get the unstructured data structured and then into the traditional warehouse environment, the existing BI stack?”

Questions That Often Come Up in Discussions

A lot of questions come up during these discussions, Aman said. “These can include ‘Are we doing this just for analysis purposes?’ or ‘Can we write applications against the big data set we have?’ It either means going with what people already have and paying for expensive extras for their warehouse and buying additional capacity, or going with Apache Hadoop and open source, and doing everything themselves.”

Both approaches have their pluses and minuses. Thus, SGI DataRaptor with the MarkLogic database present an alternative to both of those choices.

DataRaptor is designed expressly for large-dataset analysis challenges, sophisticated search and rapid development of applications in financial services, public sector and media and entertainment, Aman said. The appliance integrates the MarkLogic enterprise-grade NoSQL database and other SGI systems to allow companies and enterprises to capture more data and do more with it, Aman said.

Open-standards-based hardware configurations designed specifically for the MarkLogic database are factory-integrated and tested so that SGI DataRaptor brings everything needed to support big data applications in a single system that is plug-and-play, Aman said. The deployment can be up and running and delivering results in hours instead of days, he said.

SGI DataRaptor is available starting at five nodes with 80 cores — complete with all software installed — up to hundreds of terabytes of storage, SSDs for hardware caching, network infrastructure including switches, Aman said. All of this is integrated in standard racks for data center deployment. Technical support for the complete solution is managed via a single support touch point.

SGI and MarkLogic both have a list of customers in the government, research, media, financial and other verticals. For more details and pricing information, go here.