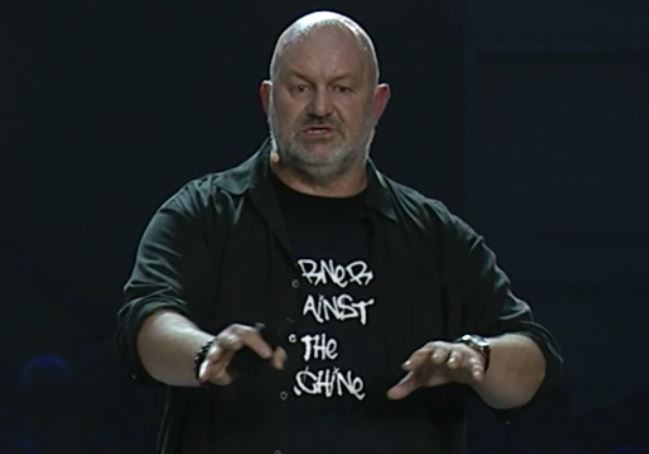 Amazon Web Services outdid itself in releasing news at its SF Summit April 19, launching a bevy of new tools and services for both its enterprise customers and for cloud-service developers.

Werner Vogels, Chief Technology Officer at Amazon.com made a number of announcements from the stage during his opening keynote. Foremost among them were the introduction of a new container service called AWS Codestar and Amazon Lex, an artificial intelligence service for building applications.

“Last year alone, AWS added more than 1,000 new features for developers,” Vogels (pictured) said. “Sure, that’s a lot, but we’re not slowing down. Our whole idea is to make infrastructure invisible to you, so you can just work on the functionality that your app needs to make your company successful.”

There weren’t 1,000 new tools introduced April 19, but it almost felt like it. We’ll focus on a couple key ones in this story.

AWS CodeStar is an integrated cloud service environment designed to make it easier to develop, build and deploy container-based applications on AWS by simplifying the setup of an entire development project. CodeStar includes project templates for common development platforms to enable provisioning of projects and resources for coding, building, testing, deploying, and running your software project.

The key benefits of the AWS CodeStar service include:

—Running sample code to help you get up and running quickly enabling you to use your favorite IDEs, like Visual Studio, Eclipse, or any code editor that supports Git.

Amazon Lex, which takes its name from Amazon’s Alexa artificial intelligence application, became available April 19 for all AWS customers. It provides the same sophisticated deep learning algorithms that power Alexa to all developers so they can use them as a fully managed service.

“Until now, very few developers have been able to build, deploy and scale apps with automatic speech recognition and natural language understanding capabilities, because doing so required training sophisticated deep learning algorithms on massive amounts of data and infrastructure,” said Raju Gulabani, AWS’s Vice President of Databases, Analytics and AI. “Amazon Lex eliminates all of this heavy lifting, making it easy for developers to build apps that can have conversations using voice or text by offering the same ASR and NLU technologies that power Amazon Alexa, as a fully managed service.”

Using Lex, developers can build and test conversational apps that perform tasks such as checking the weather or latest news, booking travel, ordering food, getting the latest sales or marketing data from business software, or controlling a connecting device.

To build a conversational app, developers provide Amazon Lex sample phrases that describe a user’s intent (e.g., “book a flight”) along with the corresponding information Amazon Lex needs to ask to fulfill the intent (e.g., travel date and destination), and any required questions Lex needs to ask to elicit additional information (e.g., “when do you want to travel?” and “where do you want to go?”).

Amazon Lex then builds a machine-learning model that parses the speech or text input from the user, understands the intent behind the conversation, and manages the conversation. For example, if the travel date is already known, the app will skip that question and ask for the destination.

Developers can then publish the conversational app to mobile and Internet of Things (IoT) devices, web applications, and chat services such as Facebook Messenger, Slack or Twilio. Amazon Lex handles the authentication required by different platforms using the customer provided keys and scales automatically as traffic increases, so developers don’t have to worry about provisioning and managing infrastructure.