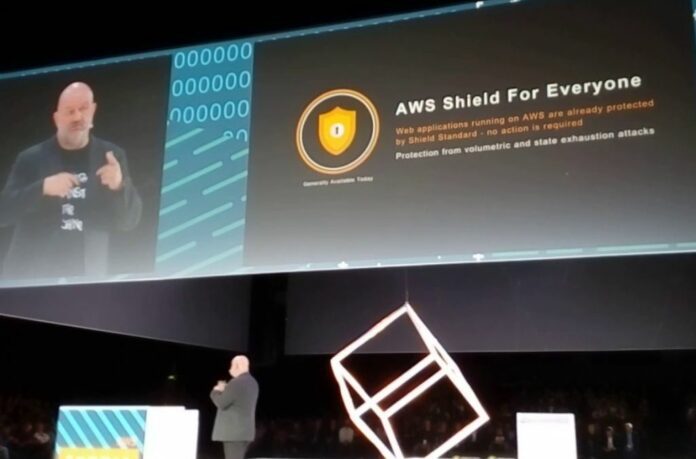 Amazon Web Services wants to make infrastructure invisible to software developers so they don’t have to worry about it when writing application code. Nothing against software architects and infrastructure experts, but when app devs are unburdened by details of where and how their apps are going to run and let AWS handle that part, apps stand good a chance of being completed on time, ending up more user-friendly and easier to update.

To this end, the Seattle-based IT giant launched more than a dozen new tools or services at its San Francisco developer summit April 19 and 20, including new tools to ease the incorporation of video, virtual reality, artificial intelligence and business analytics into new-gen applications.

eWEEK profiled two of the headliners April 19, workflow platform CodeStar and AI tool for voice and text Amazon Lex, based on the analytics engine in the company’s Alexa home-based know-it-all product. The latter is yet another example of how consumer products are providing a lot of the innovation in IT, circa 2017.

Amazon also unveiled Redshift Spectrum, a new feature that allows Redshift customers to run SQL queries against potential exabytes of data in Amazon Simple Storage Service (Amazon S3). Not that all businesses have exabytes of data now stored, but the trends are pointing toward this becoming a common scenario in only a few years from now.

With Redshift Spectrum, customers can extend the analytic power of Redshift beyond data stored on local disks in their data warehouse to query vast amounts of unstructured data in their Amazon S3 “data lake” – without having to load or transform any data, the company said. Redshift Spectrum applies sophisticated query optimization, scaling processing across thousands of nodes so results are fast – even with large data sets and complex queries.

This could be a data scientist’s dream app. For more information, go here.

At the conference, Amazon launched DynamoDB Accelerator, a fully managed, highly available, in-memory cache that AWS says can reduce Amazon DynamoDB response times from milliseconds to microseconds, even at millions of requests per second.

Those are some serious relay speeds. And, as everybody connected with IT knows, speed in everything is of the essence in new-gen IT—across the board.

Customers can add DAX to their existing DynamoDB applications with just a few clicks in the AWS Management Console –with no application rewrites required. There are no upfront costs or commitments with DAX, and customers only pay for the capacity they provision. Go here for more information.

Last year, AWS announced that it was working on rebuilding Amazon Aurora for PostgreSQL compatibility, and that preview was unveiled April 19. Interested developers can sign up here. The preview runs in the U.S. East (Northern Virginia) region and delivers two to three times the performance of PostgreSQL running in traditional environments, AWS claimed. It also supports quick, easy creation of fast, low-latency read replicas, the company said.

The preview includes Amazon’s new RDS Performance Insights tool. Developers will be able to use this tool to understand database performance at a very detailed level, up to and including the ability to look inside of each query. Users can deploy the Performance Insights dashboard to visualize the database load and to filter it by SQL statements, waits, users, or hosts.

X-Ray helps users to perform end-to-end tracing of requests, record a representative sample of the traces, see a map of the services and the trace data, and to analyze performance issues and errors. This helps them understand how an application and its underlying services are performing so they can identify and address the root cause of issues.