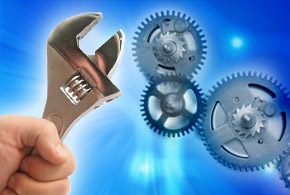 Leading the news is a new version of CloudBees Jenkins Enterprise that sports a more intuitive interface to help teams collaborate more efficiently to solve business problems. Among other features, the update integrates with more than 1,400 DevOps tools and technologies, making it easier for enterprises to standardize and share best practices

“The strength of Jenkins is integration with pretty much every solution on the market. Say goodbye to developer silos and start streamlining developer practices,” Sacha Labourey, CEO and founder of CloudBees, told eWEEK in an interview ahead of his August 30 keynote.

The DevOps platform’s broad compatibility also makes it easier to onboard new team members and start projects more quickly by minimizing if not eliminating the setup and administration usually required to support incompatible tools, according to Labourey.

Another new feature, CloudBees DevOptics, augments the continuous delivery software platform as it collects and correlates data across software delivery pipelines, giving lead developers a comprehensive live view and single point of reference about the status of application delivery.

“We have all this data, but what we need is a system of record for the next generation of IT that can extract key insights,” Labourey said in his keynote. “This is going to help users reduce all the time wasted getting project status updates and the endless release meetings and checklists.”

Some of the benefits and challenges of the rapid iteration DevOps approach that CloudBees and others in the DevOps space support were discussed during a customer panel for media covering the conference.

“In the initial stages you need to show success and over time get more parties committed, including the business folks,” said Stefan Simenon, head of IT Tooling & Software Development at ABN Amro bank in the Netherlands. “DevOps isn’t about a long term plan, but making changes every day.”

Systems like CloudBees expose more of the development process and that can be a cultural adjustment at some companies. “You can fix quality issues at an earlier stage in the continuous deliver process, but you also see people trying to protect their jobs,” said Simenon.

Labourey said some companies adopt DevOps because of competitive pressure. “Business transformation initiatives are typically a reaction to threats. A board of directors or executive forces it,” said Labourey. “But I think that’s an important thing to happen.

“I’d love to tell you that if you give us a P.O. and adopt CloudBees that everything will be fine. But the reality is you’ll have to change your processes and you need buy in from management for that,” he said.

In addition to alliances and product rollouts, Labourey said he expects CloudBees to continue growing at a rapid rate. “In the last 12 months we’ve seen an 80 percent growth in revenue and 60 percent employee growth,” he said. “DevOps is growing really fast and we’re getting ready to double our growth over the next year.”