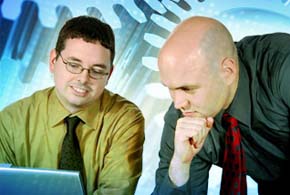 Google has replaced its old Google API Console with a new, expanded and redesigned Google Cloud Console to help developers organize and use the more than 60 APIs now offered by Google.

The new console was announced by Akshay Kannan, the product manager on the Google Cloud Console Team, in an Oct. 29 post on the Google Developers Blog.

“Back in 2010, we launched the Google APIs Console, enabling you to manage multiple Google APIs from a single, centralized console,” wrote Kannan. “Today, we are introducing the Google Cloud Console, our next evolution of the APIs Console. The new Google Cloud Console makes managing the over 60 Google APIs housed within easier than ever. It brings an entirely new visual design and integrates tightly with our Cloud Platform services, enabling you to manage an end-to-end application deployment.”

Developers have been seeing glimpses of the upcoming features of the new console over the last few weeks when they used the old version, wrote Kannan, and they were given the ability to opt-in to try the new version. Soon the new cloud console will be set as the default choice for the console by Google, though users will have the ability to revert back to the old version.

The new Google Cloud Console includes an entirely new visual design with hierarchical navigation and a friendly new URL structure, wrote Kannan. “We’ve also simplified the process of getting API credentials,” he wrote. “Now, you can register an app on the platform you are building on, then see all the possible credential types for your application, making it easier to quickly grab the credentials you need.”

Google is often busy making improvements and advances in its cloud platform components and services for developers.