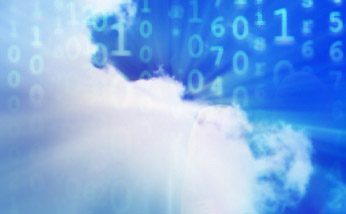 The present Google Maps on-screen interface will soon get a freshened look that will provide users with easier-to-find information as they search destinations and routes on the popular online map service.

That’s the first of what are likely to be a string of rumors surfacing this week in advance of the opening of the Google I/O 2013 Developers Conference on May 15 in San Francisco.

Rumors of the new Maps interface were published May 7 by the unofficial Google Operating System blog, which reported that “the update will remove the sidebar and will display everything on top of the full-screen map.”

In addition, “one of the new features lets you restrict local search results to places recommended by top reviews or your Google+ circles,” reported the site. “It’s a more immersive interface that will probably work well on mobile devices. Instead of focusing on navigational elements, buttons and sidebars, the new Google Maps focuses on the map. Google has also updated map colors, icons, text styles.”

The Google Operating System post, which is not an official Google blog page, included two screen shots that allegedly portrayed the new interface.

The Google I/O conference will include a wide range of training sessions and code sessions each day where developers can get help with their projects, answers for code questions, and input and additional eyes on the work they are doing using Google code. More than 120 talks, ranging from introductory topics to advanced subjects about Google Maps, Android, Google Chrome, Google+, App Engine, Google Glass and more will be featured in the technical sessions, according to Google.

As is typical for the conference, which runs through May 17, announcements about changes to key Google products and projects, including Maps, are certainly possible on the agenda if a Maps interface overhaul is being considered.

Google recently released the first scant details about its upcoming Google I/O 2013 Developers Conference by posting a bare-bones schedule for its annual code and innovation love-in and training ground.

Highlighting the opening session on May 15 will be a long three-hour keynote session that will certainly set the stage for everything else to come at the event.

Another key part of the conference will be the Developer Sandbox, which will feature the work of more than 100 innovators who’ve built applications based on Google I/O-featured technologies, according to Google. Those developers who are building leading-edge projects will be present to show their work, discuss the projects and exchange ideas.

A series of Code Labs will also be held to let attendees get elbow-deep in code while learning from others who are already doing innovative things with code, according to Google.

Google I/O Rumor: Google Maps to Get a New Look

For those who can’t attend this year’s I/O 2013 event—which was sold out very soon after the approximately 5,500 tickets went on sale for $900 each on March 13—Google will again be broadcasting the sessions live online around the world to organized local viewing parties of developers. This is part of Google’s I/O Extended efforts, which lets developers around the world witness the events remotely. Developers can check the schedule to find an I/O Extended event located near them.

Individuals will also be able to watch live video of many of the sessions through Google Developers Live @ I/O, which will stream the keynotes, sessions and more straight from Moscone Center to the Web, according to Google. If you can’t watch live, you can see YouTube recordings of all sessions on Google Developers Live after the conference, according to Google.

At the 2012 I/O Conference last June, Google rolled out its Glass project, the latest Android Jelly Bean operating system, the Nexus 7 tablet and the Nexus Q Media Hub. The Nexus Q was a surprise announcement that introduced an entirely new small, bowling-ball-shaped media hub for the home controlled by an Android tablet or smartphone. Enhancements to Jelly Bean included improved performance; added search capabilities; voice typing that could be done offline; and an improved notifications interface that lets users respond to calendar reminders, emails and texts without having to open each of those applications.

In April, Google announced the expansion of its Google Map Maker service, which allows people to add valuable details to local Google Maps so they can share the information with others. The service has now been expanded to users in the United Kingdom.

Google Map Maker, which launched in 2008, has been adding new nations since it began to bring the capabilities to many more users. It was launched in the United States in 2011 and today includes maps for more than 200 countries and regions, according to Google.