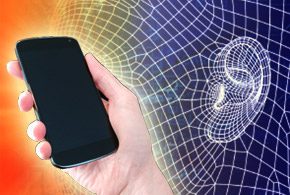 Google has launched a new technology that makes it easier for businesses to add natural sounding speech capabilities to their applications and services.

Cloud Text-to-Speech is available—currently in beta form—as an API that developers can use to enable voice interaction in a wide range of use cases.

Developers can choose from 32 different voices in 12 languages when adding voice capabilities to an application, service or device using Cloud Text-To-Speech.

The technology is designed to pronounce complex text such as names, dates and addresses correctly and authentically without any tweaking or customization, Aharon wrote in a blog announcing Cloud Text-To-Speech March 27.

Some of the high fidelity voices available with the new technology use WaveNet from DeepMind, a UK based artificial intelligence firm that Google acquired in 2014 and is now an Alphabet subsidiary.

WaveNet is a deep neural network for generating speech that mimics human voices. The speech generated with WaveNet is far more natural sounding than even the best Text-to-Speech systems, according to Google.

The technology is different from the most common current approach to generating speech with computers, which is by selecting and concatenating short speech fragments to make them whole utterances.

With concatenative text-to-speech technologies, a large database of speech fragments from a single speaker is first recorded and those fragments are then recombined as needed to make complete sentences, Google note. This approach makes it hard to modify the voice or alter the emotion or emphasis of the computer generated speech, according to Google.

WaveNet on the other hand is designed to produce raw audio waveforms by learning from large volumes of speech samples. “During training, the network extracts the underlying structure of the speech, for example which tones follow one another and what shape a realistic speech waveform should have,” Aharon said.

So when it is provided with a text input, a fully trained WaveNet model will be able to generate the corresponding speech waveform, much more accurately than other approaches to speech synthesis, he said. Current WaveNet models can generate up to 20 seconds of relatively high-quality audio in just 1 second.