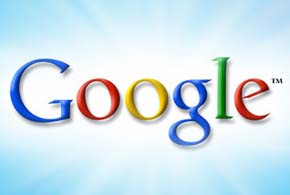 Twenty grand prize winners from around the world have been named in Google’s Code-in 2013 open-source coding contest for 13- to 17-year-old pre-university students, as the fourth annual contest was completed.

The Code-in ran for seven weeks, during which competing students worked with 10 selected open-source projects on a variety of tasks, including coding, documentation and training, quality assurance, user interfaces and more.

The winners were selected from a pool of 337 teenagers from 46 nations who worked on the projects, wrote Stephanie Taylor of Google’s open-source programs team, in a Jan. 20 post on the Google Developers Blog.

“Congratulations to all of the students who participated in this year’s contest!” wrote Taylor. “You should all be very proud of yourselves.”

The grand prize winners were named by the 10 open- source organizations that worked with the students, wrote Taylor. Two winning students were chosen by each of the groups based on the students’ comprehensive body of work, she wrote.

The projects that the students fulfilled were varied.

Nandwani created a screencast of how he coded a Hello world module for Drupal 8, which helped him gain recognition in the whole Drupal community, he wrote.

Another winner, Patt, wrote that he helped to revamp the other languages feature on the mobile version of Wikipedia, adding features and reducing page loading times.

Lou wrote that he modified the DriveSetup on Haiku, which allows users to zoom in the program window.

For winning the competition, the 20 grand prize winners will receive a trip to Google’s Mountain View, Calif., headquarters along with a parent or legal guardian in mid-April for a four-night visit, wrote Taylor. “Students will talk with Google engineers, take part in an awards ceremony, enjoy time exploring San Francisco and best of all make new friends also interested in technology and open source development,” she wrote.

In addition, Google added a special prize for this year’s winners, she wrote. “Each year the students tell us they’d like to meet the mentors that they worked with during the contest so this year we are doing just that—one mentor from each organization will be joining the students on the grand prize trip.”
The 2013 Code-in was announced in October 2013 and launched in November. Also unveiled at the same time was the Summer of Code 2014 program, which is for college students. Applications for the Summer of Code 2014 program will open in March. The Summer of Code, which invites college students to learn about the world of open-source code development, began in 2005 and will celebrate its 10th year in 2014. So far, the program has involved some 8,500 college and university students from more than 100 countries who have created more than 50 million lines of code since the program’s start.

“A huge thanks to all of the students, mentors, organization administrators, teachers and parents who made Google Code-in 2013 awesome,” wrote Taylor.