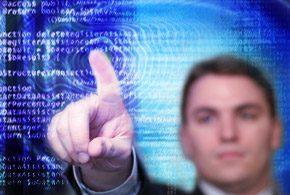 Google has released a preview version of a new software development kit that will let developers add augmented reality capabilities to existing and upcoming Android applications.

The new ARCore SDK works on any Android device running version 7.0 Nougat of the mobile operating system or a later edition. It is currently available for use on Google’s Pixel and Samsung’s Galaxy S8 Android smartphones.

But it will be supported on close to 100 million devices by the end of the preview period, Google’s vice president of Android engineering Dave Burke said on the company’s The Keyword blog.

Google is currently working with multiple device manufacturers including Samsung, LG, Asus and Huawei about enabling support for ARCore, he said.

Augmented reality technologies give users a way to enhance or to augment live views of a physical environment with digitally generated images and sound. For example an application with AR capabilities would be able to use a smartphone’s GPS and location detection capabilities to superimpose the names of streets and buildings on a map, or to overlay directions on a live image of a location.

Similarly, it could let users add images of furniture and furnishings on the live image of a room so they can visualize how the room might look. Designers also use the technology to preview a product under development without actually creating a physical example.

Google’s own effort in this area is best represented by Tango, a mobile AR technology that the company has been working on for the past several years.

Tango is a platform that uses computer vision and technologies for motion tracking, depth perception and area learning to enable devices to sense their position in a particular spot, relative to their surroundings.

A Tango-enabled device is designed to track its own movement and orientation in 3D space, so it can identify for instance its exact location in a room, determine which way it is facing and remember all objects it has observed in the environment.

ARCore is based on Google’s Tango development effort. It works without the need for any additional hardware, Burke noted. ARCore’s core capabilities include motion tracking, environmental understanding and light estimation.

The motion tracking capability uses the phone’s camera to observe all the features in a particular location or room and to determine how it is oriented relative to its surrounding so any virtual images that placed within a space remain accurately positioned, Burke said.

The light estimation feature gives developers a way to light virtual objects in a room or location more realistically by observing and intelligently using the ambient light in that location.

ARCore builds on an ongoing effort by Google to give Android developers more ways to embed AR smarts in their applications. The company has already released tools, such as Tilt Brush and Blocks that are designed to make it easy for developers to create 3D content and images for use in AR apps.

Google is also working on building out its Visual Positioning Service, which is sort of like a GPS for the indoors. A handful of museums and big box locations are currently testing the technology in applications such as helping people find specific items.