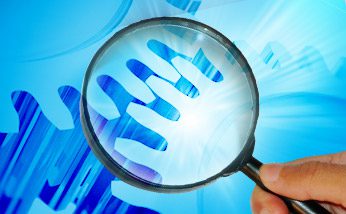 Google’s Chrome team has released to newest stable version of the Chrome browser for Android devices, including the latest fixes, improvements and updates.

The new Chrome 25.0.1364.123 for Android browser is now available for download through Google Play, according to a Feb. 27 post by Google’s Jason Kersey, on the Google Chrome Releases blog.

“This update contains a huge number of changes over the previous release,” Kersey wrote. Included are improved scrolling performance, increased responsiveness to pinch-zooming on pages, faster interactive pages, thanks to the latest version of the V8 Javascript engine, and audio that now continues to play while Chrome is in the background. Also included is expanded support for HTML5 features and support for pausing audio in Chrome when a phone is in use, he wrote.

“This update also picks up other important stability and performance fixes since the last release, along with some minor UI (user interface) adjustments,” wrote Kersey. “Known issues are available on the Chrome support site.”
Chrome for Android provides a customized version of the popular browser that is built to run specifically on Android devices.

The latest Chrome Beta for Android, Version 25.0.1364.122, contains several crash and stability fixes, according to another blog post by Kersey.

Work is continuing on several known issues that remain, including a problem with the search box when the Swype keyboard does not automatically insert a space between words, and a problem with text auto-sizing that may break formatting on some Websites, according to the post.

Android users have been able to try out the beta version of the Chrome browser on their devices since January, when the Chrome team decided to give users access to the beta code before it reached the stable release phase.

The capabilities are available for Android developers and other users who are running Android 4.0 or later on their devices.

The new Chrome beta channel has been created for Android phone and tablet computers directly through Google Play and includes some of the biggest developer updates to Chrome for Android since its launch in February 2012.

The Chrome beta channel gives developers and other users the chance to see and use many features that are in development for the Android version. Users running Windows, Mac and Linux versions of the Chrome browser already have similar access to beta versions as well as to the stable release versions.

In the latest December 2012 statistics from W3Counter.com, Chrome led Internet Explorer in global share with 29.4 percent of the market, compared with IE’s 27.8 percent share. Mozilla Firefox trailed with 20.1 percent, followed by Apple Safari at 14.8 percent and Opera at 2.5 percent.

In June, when Chrome unseated Internet Explorer for Web supremacy for the first time, it was a watershed moment for the young browser. StatCounter data from more than 15 billion page views (4 billion from the United States and 850 million from the United Kingdom) for May 2012 showed Chrome took 32.43 percent of the worldwide market, compared with 32.12 percent for IE and 25.55 percent for Firefox.