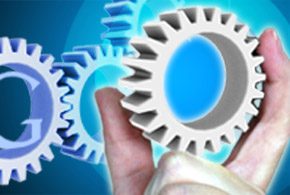 Google is hoping to inspire the next generation of open-source developers by again holding its annual Summer of Code program to invite college students to learn about the world of open-source code development.

This is the ninth year for the program, which since 2005 has involved some 6,000 college and university students from more than 100 countries, according to a Feb. 11 post by Carol Smith of Google’s open-source team, on the Google Developers Blog.

“The program offers student developers stipends to write code for various open-source projects with the help of mentoring organizations from all around the globe,” wrote Smith. “Our goal is to help these students pursue academic challenges over the summer break while they create and release open-source code for the benefit of all.”

Each year, Google accepts applications from companies and individuals interested in mentoring the students whose applications are accepted by the program. More than 3,000 mentors have been involved in the program so far, according to Google. Students in the program receive a stipend payment of $5,000 from Google, while their mentoring group receives $500.

By working with their mentors, the students gain exposure to real-world software development scenarios and the opportunity for employment in areas related to their academic pursuits, according to Google. Those students then become a pool of skilled developers from which employers can use to more easily identify and bring in new developers in the future.

Students who are interested in applying to the program can do so at the Google Summer of Code 2013 Website.

The submission and deadline dates for the program include March 18 through March 29, when mentoring organizations can submit their applications to Google for possible inclusion. Those applications submitted by that March 29 deadline will then be reviewed by Google to determine which mentoring groups will be involved in this year’s program. That list will be announced April 8 on the Summer of Code 2013 Website.

Following a review period, the students who will participate in the program will be announced May 27, according to Google. Work on the projects begins June 17 and ends Sept. 23.

Google Summer of Code programs from earlier years allow prospective students to see what kinds of projects have been conducted in the past. Participants can visit these sites to view the earlier information pages from all eight previous events, including the 2012 event.

Jigar Raisinghani, a Google Summer of Code student participant in 2012 who worked on code for the open-source KDE GUI project, wrote about his experiences on the Google Open Source Blog.

“KDE, a powerful graphical desktop environment for Unix workstations, started the Google Summer of Code 2012 with 60 student projects, of which 59 were successfully completed,” wrote Raisinghani. “Great efforts made by the students along with proper guidance and assistance by the mentors resulted in this impressive result. Students coming from different countries, backgrounds and interests worked together as a community developing a variety of applications, including games, Office suite, social networking, and so on.”

In November 2012, Google launched its third annual international Google Code-In contest, which introduces 13- to 17-year-old pre-university students to open-source software development. Prizes in that event include certificates and T-shirts, and 20 grand-prize winners win an all-expenses-paid trip to Google headquarters in Mountain View, Calif., this spring. In 2011, 542 students from 56 countries participated.