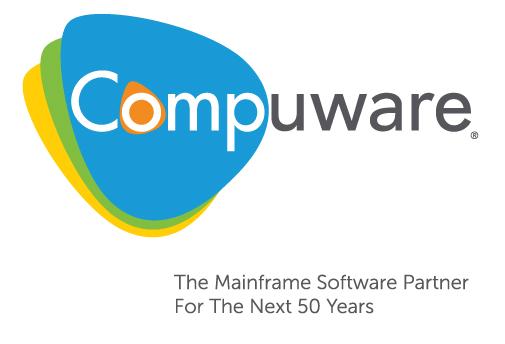 Compuware is intent upon bringing the new-gen discipline of continuous iteration of software development to the old-school mainframe world, and it isn’t afraid to stand alone in that market.

After all, about half of all companies with data centers have at least one mainframe, according to data center industry group AFCOM. Most of those are built by IBM, which remains the market leader, and Unisys. For at least the next decade, there is going to be a distinct need for big-hunk servers in most enterprise systems—whether it’s for high-transaction workloads, data analytics, scientific data processing or something else.

New and seasoned developers coming into the mainframe fold need at least to know how to code Assembler and Cobol—lifebloods of mainframe development. Micro Focus is the ostensible gatekeeper for the Cobol franchise. Compuware is actively seeking professionals interested in this type of development and is determined to transform 20th-century development processes into one reborn in the 21st century using DevOps as an overall model.

DevOps is a software engineering culture and practice that aims at unifying software development and software operation. Benefits of this are many and can be found here in eWEEK coverage.

With this squarely in mind, Detroit-based Compuware on July 18 revealed a product acquisition, several enhancements to its Topaz for Total Test platform and a partnership that it believes will improve the ability of large enterprises to embrace agile and DevOps on their mainframes. This is done through the broader use of simplified, automated unit testing—which is essential for fast, safe and efficient development and deployment of new digital deliverables.

Software unit testing is development that uses smaller portions of code in order for the developers to filter out errors and anomalies faster and more efficiently. Topaz is the platform for this purpose.

“The mainframe goes back a long time, and the realities of having to do software development in ways that are continuously improving in terms of efficiency and in quality are now requirements; these are absolute imperatives to CIOs,” CEO Chris O’Malley told eWEEK. “In order to do that, you have to bring agile and DevOps into your mainframe platform. Compuware is the only mainframe partner that can help them do that.”

Topaz for Total Test fundamentally transforms mainframe development by giving developers the same type of unit testing capabilities on the mainframe to which they’ve become accustomed on other platforms.

Unit testing is a fundamental requirement for modern software development. It enables developers to find potential problems in their code as early as possible, to more quickly and frequently deliver incremental changes in software functionality, and to more granularly document code for the benefit of other developers, O’Malley said.

The result for large enterprises is a unified DevOps toolchain that accelerates development across all platforms—including the mainframe—so they can more effectively compete in today’s rapidly-changing markets, O’Malley said.

The Topaz suite provides DevOps professionals at all skill levels with a visually intuitive environment where they can effectively understand and work on any mainframe application—regardless of age, complexity or lack of documentation.

This approach is especially important, O’Malley said, as responsibility for applications running on the platform shifts from IT professionals with decades of mainframe-specific experience to a new generation of DevOps artisans who are more familiar with mainstream technologies, such as Java and C++.