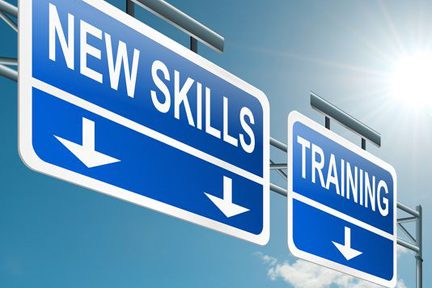 You may or may not know that despite the fact some 30 million people are out of work right now in the U.S. during the COVID-19 pandemic, there are an estimated 1 million IT-related jobs going unfilled, and companies are typically having a hard time finding the right candidates for many of them.

The tech industry can’t limp along with all those jobs going unperformed, so Microsoft CEO Satya Nadella, Microsoft President Brad Smith and LinkedIn CEO Ryan Roslansky jointly announced June 30 they’re hitting this problem head on. The IT giants launched an ambitious global skills initiative aimed at bringing digital programming and administrative skills to more than 25 million people worldwide by the end of the year.

Yes, you read that correctly: That means within six months. This project is designed to bring together existing and new resources from LinkedIn, GitHub and Microsoft; it also includes a new application to be added later this year to the Microsoft Teams platform that will help employers upskill new and existing employees.

What This Project Aims to Accomplish

This initiative is aimed at:

“At its heart, this is a comprehensive technology initiative that will build on data and digital technology,” Microsoft President Brad Smith said in a blog post. “It starts with data on jobs and skills from the LinkedIn Economic Graph. It provides free access to content in LinkedIn Learning, Microsoft Learn and the GitHub Learning Lab, and couples these with Microsoft Certifications and LinkedIn job seeking tools.”

In addition, Smith said, Microsoft is backing the effort with $20 million in cash grants to help nonprofit organizations worldwide assist the people who need it most. One-quarter of this total, or $5 million, will be provided in cash grants to community-based nonprofit organizations that are led by and serve communities of color in the United States.

The initiative extends beyond these immediate steps for job seekers, Smith said.

“Employees will also need to skill and reskill through their careers, and we want to make it easier for employers to help,” Smith said. “Our vision is a connected ‘system of learning’ that helps empower everyone to pursue lifelong learning. That is why we are also announcing today that Microsoft is developing a new learning app in Microsoft Teams to help employers upskill new and existing employees. This will bring together best in class content from LinkedIn Learning, Microsoft Learn, third-party training providers, and a company’s own learning content and make it all available in a place where employees can easily learn in the flow of their work.

“We are also pledging that we will make stronger data and analytics available to governments around the world so they can better assess local economic needs. Finally, we will use our voice to advocate for public policy innovations that we believe will advance the skilling opportunities people will need in the changed economy.”

Unemployment May Reach Record Level in 2020

According to Microsoft, global unemployment in 2020 may reach a quarter of a billion people—a staggering number. The pandemic respects no border. In the United States alone, the Congressional Budget Office estimates the country may witness a 12.3 point increase (from 3.5% to 15.8%) in the unemployment rate, equating to more than 21 million newly out-of-work people. Many other countries and continents face similar challenges.

As is often the case, the biggest brunt of this downturn is being borne by those with lower educational attainment, people with disabilities, people of color, women, younger workers and individuals who have less formal education. The impact on communities of color in the United States is especially concerning. The Bureau of Labor Statistics confirmed that the country ended the month of May with unemployment rates in the Black/African-American and Hispanic/Latino communities that were markedly higher than for white individuals.

The employment of American women has also been impacted disproportionally by the COVID-19 pandemic. Unemployment rates among women, which has hovered with or edged below men’s unemployment rates, soared to more than 16%, almost 3 percentage points higher at the April peak.

Within only a few months, COVID-19 has provoked a massive demand shock, setting off job losses that far exceed the scale of the Great Recession a decade ago. The world will need a broad economic recovery that will require in part the development of new skills among a substantial part of the global workforce, Smith said.

Where to Start to Look for a New Tech Job

To provide people with easier access to the soft skills needed to pursue a new job, Microsoft is offering free access to four horizontal LinkedIn Learning paths. These are:

As part of this new initiative, LinkedIn is sharing free, real-time labor market data and skills insights to help governments, policymakers and business leaders understand what’s happening in their local labor markets: what companies are hiring, the top jobs companies are hiring for and the trending skills for those jobs. This data can be accessed using a new interactive tool at linkedin.com/workforce. Data is available for more than 180 countries and regions (150+ cities, 30+ countries). Users can search by country or region and download the data sets.

Microsoft also used the Economic Graph as a critical planning resource for the skills initiative by identifying the key jobs and horizontal skills that are most widely in demand and creating learning paths for these via LinkedIn Learning.

“Using this data,” Smith said, “we identified 10 jobs that are in-demand in today’s economy and are well positioned to continue to grow in the future. These 10 jobs were identified as having the greatest number of job openings, have had steady growth over the past four years, pay a livable wage, and require skills that can be learned online.”

For more detail on the initiative, read Smith’s blog post.