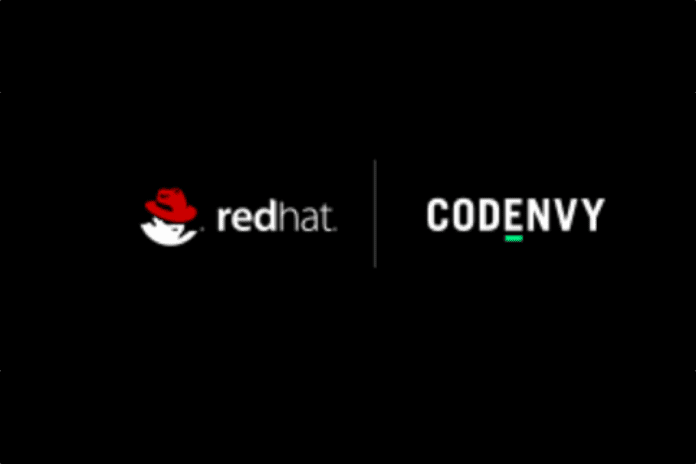 Red Hat today announced the acquisition of privately-held developer tools startup CodeEnvy in a bid to help further advance the state of cloud-based development. Financial terms of the deal are not being publicly disclosed.

Codenvy was founded in 2013 and to date had raised $9 million in venture funding. Codenvy is among the leading contributors to the open-source Eclipse Che project which provides a cloud-based Integrated Developer Environment (IDE) and developer work space.

“This acquisition allows us to increase the investment we’ve made around developer platforms and opens us up to a range of enterprise accounts that we wouldn’t have been able to access on our own,” Tyler Jewell, founder and CEO of Codenvy and Eclipse Che project lead, told eWEEK.

Codenvy and Red Hat are not strangers and have worked together in the past. The openshift.io cloud-based container development service that was launched by Red Hat on May 2, already integrates Codenvy’s Eclipse Che platform.

Eclipse Che is not the only online code editor project at Eclipse either. There is also the Eclipse Orion effort, which serves a different purpose. Jewell explained that Orion is a web-based code editor, in contrast Che is a developer work space server with a browser IDE.

“The difference between an editor and a work space server is when it comes time for a developer to perform actions on code like compilation, there is a need for a full runtime environment,” Jewell said. “Eclipse Che provides the underlying infrastructure so work spaces can have the required runtimes, with a professional IDE for developers.”

The Eclipse Che system is all packaged in a set of Docker containers that can be deployed on-premises or in the cloud. Codenvy has a cloud-based service it offers called codenvy.io, that is currently powered by Docker Swarm for container orchestration. Jewell said that that plan moving forward is to migrate to Kubernetes, which is what Red Hat’s OpenShift platform is based on.

Harry Mower, head of Red Hat’s Developer division said that the plan is to have both Software-as-a-Service cloud tools as well as desktop tools.

“Clearly our future is in the cloud and that’s where we’ll continue to invest,” Harry Mower, head of Red Hat’s Developer division, told eWEEK.

Currently Eclipse Che is at version 5 but work is underway for a major release later this year with an updated Eclipse Che version 6. Jewell said that among the new items set to debut in the upcoming release is a service provider interface.

He explained that the service provider interface provides a clean abstraction between the Che system and the underlying infrastructure. The idea is to provide a pluggable interface such that users can choose different deployment models including CloudFoundry, to run Che.

There will also be an updated user interface design in the Eclipse Che 6 release with a goal of making the interface more flexible.

“As part of the re-design were breaking the IDE down into different components, that make it easy for other third party systems to load portions of the IDE without needing to load the entire system all at once.