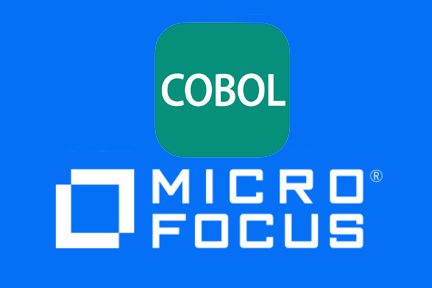 This month in 2019 marks the 60th anniversary of COBOL. That’s right: In a world in which something can be outdated almost as fast as it moves off the shelf, COBOL (common business-oriented language), a code technology that predates Microsoft Windows, UNIX, Java and Linux, is 60 years old.

COBOL was designed for business computer programs in industries such as finance and human resources. Unlike some high-level computer programming languages, COBOL uses English words and phrases to make it easier for ordinary business users to understand. The language was based on Rear Admiral Grace Hopper’s 1940s work on the FLOW-MATIC programming language, which was also largely text-based. Hopper, who worked as a technical consultant on the FLOW-MATIC project, is sometimes referred to as the “grandmother of COBOL.”

Before COBOL, all operating systems had their own associated programming languages. This was a problem for companies that used multiple brands of computers, as was the case with the U.S. Department of Defense, which backed the COBOL project. Because of its ease of use and portability, COBOL quickly became one of the most used programming languages in the world. Although the language is widely viewed as outdated, more lines of code in active use today are written in COBOL than any other programming language.

Go here to read an eWEEK article about how Micro Focus is serving as the proprietor of COBOL.

Go here to see eWEEK’s Resource Page on No- and Low-Code Development.

This is a good time to ask how and why it has been able to stand the test of time. For this eWEEK Data Points article, Micro Focus’ Product Marketing/Solutions Director Ed Airey shares some interesting facts about COBOL and how it continues to power numerous vital business systems after all these years.

Data Point No. 1: COBOL is the original business language

Conceived in the 1950s, COBOL continues to provide critical functionality for many organizations’ core business systems in our present day. It quietly goes about supporting the global economy while running large-scale enterprise systems across numerous major industries. The language currently supports the vast majority of major banks and insurers, with its use also widespread across retail, healthcare, government, automotive and other sectors. Its status as a valued computer language, in a diverse technology market, has persisted; no technology has displaced it as the back-office business language of choice.

Data Point No. 2: COBOL is easy to read

When COBOL was created, it had the objective of establishing a way to enable ease of use for professionals to communicate more effectively with computers. As the developers saw the growing need for computing services in government and industry at the time, the language was created with staying power in mind, and we see that clearly today as COBOL’s readability aspects still allow for it to be learned easily. As a result, the language costs less to maintain and its readability means that anyone can maintain it with the proper training.

Fun Fact: Studies suggest COBOL is easier to learn and easier to maintain than other modern languages.

As a modern language, COBOL supports all contemporary deployment architectures, leading edge technology and composite applications. It integrates with Java, C#, Docker containers, mobile, .NET and JVM as well as Azure and AWS cloud environments, and runs across established operating environments like Linux, mainframes, Windows and UNIX. As the use of SOA, REST and Web Services has increased, along with the range of technology elements – such as JSON, XML, WSDL, SOAP, HTML, COBOL has continued to ensure that application integration and connectivity is possible.

These days, COBOL can be used to build cloud, containerized and managed code apps with the language’s continued evolution of support that ensures that applications can not only meet the requirements of today, but also tomorrow. While a 1959 idea, the latest adaptation of COBOL is very 2019.

One of the lasting legacies of COBOL is its ability to enable the same application to run unchanged across many different platforms. This original dedication to portability means that COBOL developers can focus on building application value rather than on the nuances of the operating system as they can develop, test and deploy across a wide range of supported platforms.

Fun Fact: On the TIOBE index of popular computer languages, COBOL has never been outside of the top 30. This is only true for two other languages (the others are C and C++. Java was not ranked until later in the 1990s). Since 2011, there has been a rise in COBOL and COBOL modernization interest according to the index.

Data Point No. 5: For Business Systems, COBOL truly is Fit-for-purpose

Today’s enterprise applications must offer robustness, strong data manipulation, accuracy, speed and accessibility. As a business critical programming language, COBOL provides all of these offerings and more with its type-rich language for more precise data descriptions, unrivalled arithmetic accuracy, strong data manipulation for protecting the integrity of data, and the improvement of application performance through its speed of application execution and its overall accessibility.

Today’s COBOL products work using industry-standard IDEs, putting it in a familiar and productive environment that allows for teams to review and assist wherever it’s needed. Today’s COBOL developer can use the language alongside contemporaries using the latest in IT tooling and processes.

With today’s emergence of APIs, micro services and the Cloud, COBOL continues to evolve and adapt as a language that has successfully stood the test of time. It remains exceptionally efficient and relevant today as thousands of alternative computer languages have been developed and released since its inception. Designed for business, COBOL continues to support some of our most important industries 60 years later and with millions spent annually to ensure it remains contemporary, the language will continue to evolve and remain relevant for businesses around the world.