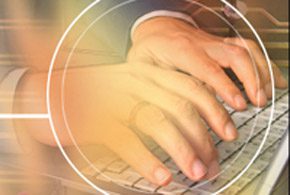 VMware has announced a new version of its Micro Cloud Foundry, a complete version of the Cloud Foundry open platform as a service (PaaS) that runs in a single virtual machine on a developer’s computer.

New features streamline the transition process from developing locally and scaling to the public cloud while adding many new capabilities to increase developer productivity and agility. This includes enhanced support for Ruby, Java, Scala and Node.

Micro Cloud Foundry is popular among developers because it allows them to quickly develop and test cloud applications locally and then scale to any Cloud Foundry-based cloud with no code or configuration changes, VMware said.

Micro Cloud Foundry exemplifies how a multi-cloud approach to PaaS can help developers easily develop and test their applications locally and deploy to any Cloud Foundry-based clouds with no code or configuration changes, said Ramnivas Laddad, a senior director of research and development at VMware, in a post on VMware’s Cloud Foundry site.

“You can run Java and Node.js apps in debug mode, take advantage of JVM [Java Virtual Machine] hotswap to obviate the need to restart apps after changes, use a shell to access applications and services in the Micro Cloud Foundry VM, and so on. And you could do all this without even being connected to the network, thanks to the offline capability of Micro Cloud Foundry (allowing you to develop apps for the cloud while flying through the clouds!). Once you have your app working, you can push it to CloudFoundry.com, your own in-house Cloud Foundry cloud, or one of Cloud Foundry’s multi-cloud partners,” he continued.

However, for all of this flow to really work, it is imperative that Micro Cloud Foundry has the same functionality as CloudFoundry.com, he said. “This means we must continually update Micro Cloud Foundry to keep up with all the new improvements in the core code,” Laddad said. “Our manual process of building and testing the Micro Cloud Foundry VM simply wouldn’t be up to the task. So we took a hard look at how to make this a better process, starting with this release.”

“In a few weeks, we will provide a REST interface to Micro Cloud Foundry along with a Web interface replacing the terminal interaction,” he said.