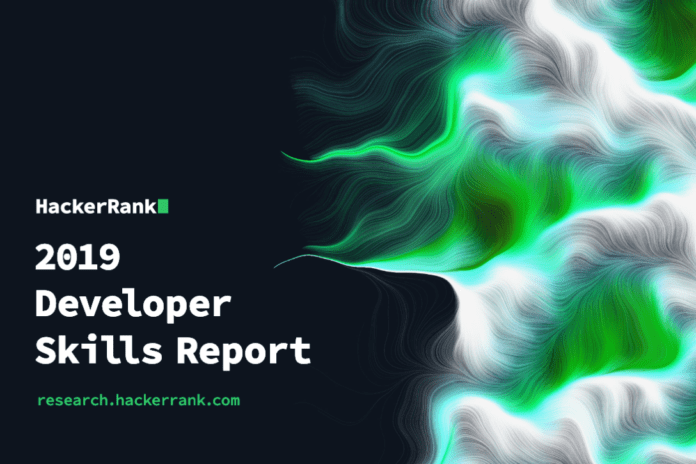 Developers have a highly prized skill set, writing the code and applications that power the modern economy. The development skills that are most in demand are not static and change over time.

“Hiring and retaining skilled developers is critical for businesses everywhere,” Vivek Ravisankar, co-founder and CEO of HackerRank, wrote in a media advisory. “Recruiters and hiring managers need a deep understanding of who developers are, what they care about and what they want from their employers.”

In this eWEEK Data Points article, we highlight the six key trends outlined in the 2019 HackerRank Developer Skills Report

Data Point No. 1: JavaScript is now the most popular programming language.

JavaScript displaces Java, which had held the top spot in the 2018 survey. Java still holds a sizeable share, though, at 70.69 percent. Coming in third is C at 62.84 percent, followed in fourth by Python at 57.02 percent.

Data Point No. 2: Go is the language developers want to learn most.

Following Go is a close race for second place, with just over a quarter (26 percent) of developers noting they want to learn Kotlin and Python.

Data Point No. 3: React is a framework developers want to learn and a skill organizations want to hire.

Modern programming is no longer just about programming languages; it is also about development frameworks that make it easier to build and deploy applications.

The HackerRank report found that nearly 33 percent of developers are looking to learn the React JavaScript framework in 2019, outpacing demand for the Angular JS framework at 27 percent. The report also found that hiring managers are a bit more interested in hiring developers with React skills than those with Angular JS skills.

Looking beyond just development skills, the HackerRank report also asked about the things that bother developers and impact their ability to get things gone.

Data Point No. 5: Millennial developers start with a calculator.

Pet peeves aren’t the only area where there was a difference between junior- and senior-level programmers. There is also a difference in the first coding project that a developer is likely to have built, based on age.

The study found that for Millennials, the first coding project was most likely a calculator application. In contrast, for Baby Boomer and Gen X developers, the most likely first project was some form of game.

Data Point No. 6: Blockchain is overhyped.

When it comes to technologies that developers are not particularly enthusiastic about, Blockchain topped the list.