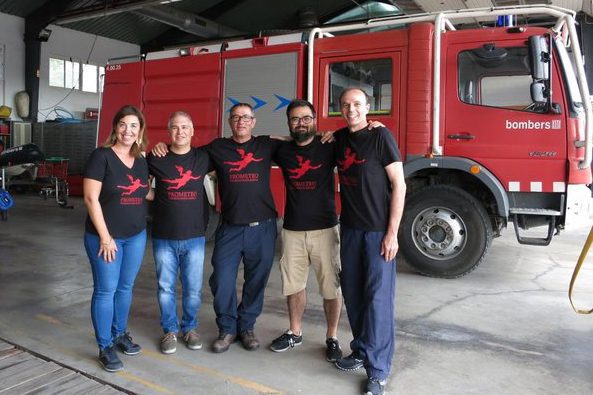 Living in the San Francisco Bay Area comes with requisite baggage, including usually lousy traffic, often stifling crowds and suffering both the scorn of folks in other places and the continuing inflow of folks from other places who can’t wait to live here.

Then there are the natural disasters California is prone to. Earthquakes top the list, of course. In fact, it seems like there’s an entire sector of the movie industry devoted to depicting California sliding seismically into the Pacific despite Dwayne Johnson’s best efforts. Add in regular droughts, occasional torrential rains and suffocating winter snows and 800+ miles of eroding coast and you have the making of a apocalyptic lottery waiting for a lucky winner.

Then there are the wildfires, including the surreally destructive 2017 Tubbs Fire and the 2018 Camp Fire which have made fire dangers a top-of-mind consideration for everyone from homeowners to businesspeople to first responders. Which is why IBM’s announcement of the winner of the 2019 Call for Code Global Challenge and $200,000.00 prize—Prometeo, a system that uses IBM artificial intelligence (AI), Internet of Things (IoT) and cloud computing solutions and resources to monitor the safety of firefighters—is particularly intriguing.

Let’s take a closer look at Prometeo and consider how IBM and its Call for Code partners are working to reduce the effects of natural disasters.

The hardware device—about the size and shape of a smartphone—straps onto a firefighter’s arm and includes sensors that measure temperature, humidity and smoke concentration. That information is continually collected and transmitted wirelessly to IBM’s Cloud IoT platform where a Node-RED workflow sends the data to an IBM Watson-based machine learning model.

The model distills the information and displays it as a color-coded status indicator that command centers can use to monitor the real time health and safety of individual firefighters. In addition, Prometeo stores firefighters’ health information in an IBM Cloudant database, providing an historical and comprehensive view of the data. Authorized users, such as fire command centers, can connect to the Prometeo dashboard by simply using JavaScript and WebSockets.

That Prometeo was created in Spain is hardly surprising. IBM’s announcement noted that there have been more than 2,000 wildfires in Europe in 2019—three times more than the average number recorded during the past decade. As climate change continues to impact global ecosystems, drying conditions will increase the number and amplify the dangers of wildfires. In other words, Prometeo is as timely a solution as it is innovative.

Call for Code: Mitigating the Impact of Natural Disasters

Launched in 2018, Call for Code is a five-year, $30 million initiative that was co-founded by IBM and creator David Clark Cause (DCC) and supported by the United Nations’ Human Rights Office that aims to address pressing societal issues. The initiative also complements IBM’s $25 million Code and Response initiative which is designed to foster open source solutions for regional and global problems.

While the Prometeo team won 2019’s Global Prize, it was hardly alone. Over 180,000 individuals from 165 nations participated in this year’s Call for Code and Code and Response. Entrants included independent and enterprise developers and data scientists, as well as activists and students. The teams used IBM assets, like The Weather Company data, and open source-powered IBM technologies – such as IBM Cloud, IBM Watson, and IBM Blockchain – to create more than 5,000 applications designed to help people and communities prepare for and mitigate the impact of natural disasters.

Prometeo appears to be a worthy successor to 2018’s Global Prize winner, Project Owl (Organization, Whereabouts, and Logistics), a two-part hardware/software solution that provides an offline communication infrastructure for first responders so they can better manage all aspects of disaster response efforts.

After its 2018 success, Project Owl focused on testing the solution in simulated environments. In March 2019, the team deployed a pilot project in Puerto Rico which is still suffering the devastating effects of 2017’s Hurricane Irma. Long term, Project Owl plans to focus on locales where annual weather patterns negatively impact communities, including China, India, the Philippines and parts of the U.S.

Many people think of natural disasters as relatively static occurrences that simply differ in location and magnitude, but nothing could be further from the truth. As has been apparent in many past events, changeable weather, winds and tides can influence a disaster, as well as recovery efforts, for better or worse. Add in the ever-clearer effects of global climate change, including the increasing incidence of extreme weather events, and utilizing hardware and software technologies to improve disaster response is a no-brainer.

That underscores the possibilities that new solutions like Prometeo and Project Owl bring to the table, but it also highlights the value of broader efforts, like Call for Code and Code and Response. By providing foundational technologies and investing financial resources in these initiatives, IBM and its partners are aiming to inspire new approaches and new solutions to growing, evolving global problems. Project Owl and Prometeo suggest that Call for Code and Code and Response are clearly on the right path.

Charles King is a principal analyst at PUND-IT and a regular contributor to eWEEK.