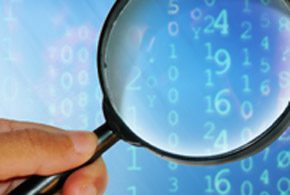 AtScale, a San Mateo, Calif.-based business analytics software maker, announced May 16 that it raised $11 million in a Series B round of financing led by Comcast Ventures and backed by AME Ventures, Storm Ventures, UMC and XSeed Capital.

To date, the firm has attracted $20 million in financing. AtScale plans to use the funding to grow its customer support and sales operations in the face of explosive demand for its software, said Dave Mariani, founder and CEO of AtScale.

Known for its eponymous business intelligence (BI) platform, AtScale has racked up several big-name customers thanks to its approach to big data analytics, noted Mariani.

The AtScale platform enables organizations to run BI and analytics directly on their Hadoop clusters, eliminating the time-consuming and costly practice of preparing and transferring data into separate systems devoted to analytics. “We designed everything around no data movement,” said Mariani.

In March, the company announced AtScale 4.0 with a host of security and user authentication features that address the concerns of administrators worried that their users can potentially gain unauthorized access to sensitive business information.

Mariani told eWEEK that enterprises like Aetna, American Express, Macy’s, Groupon, Home Depot and Bloomberg are flocking to his company’s software because it doesn’t impose the proprietary agents and visualization interfaces of its full stack, allowing them instead to use the BI clients and tools that they prefer.

Another major customer win looms large over the funding announcement: Comcast. AtScale admittedly “took the easy route” by selecting cable giant Comcast as a strategic investor, said Mariani. Matt Carbonara, principal at Comcast Ventures, said in a statement that AtScale “is poised to accelerate growth and drive innovation enabling enterprises to derive insights on massive data sets in Hadoop as evidenced by partnerships in the industry, including Comcast.”

Getting Funded in a Silicon Valley ‘Nuclear Winter’

There’s a sense of pessimism gripping the Silicon Valley startup scene, according to Mariani. The area’s venture capitalists (VCs) are being a little more cautious about where they invest their money. Last month’s MoneyTree Report from PricewaterhouseCoopers and National Venture Capital Association noted that in the United States, VCs invested $12.1 billion across 969 deals during the first quarter of 2016.

“Total venture dollars deployed to startup companies for the quarter remained flat and total deal count was down 5 percent, compared with the fourth quarter when $12.0 billion was invested in 1,021 deals. Compared with Q1 2015, dollars and deals are both down 11 percent,” stated the report.

“Sitting here in Silicon Valley, there is definitely a funding chill,” said Mariani. “A lot of VCs are pulling back.”

Area startups joke that they are beset by a funding “nuclear winter,” said Bruno Aziza, chief marketing officer for AtScale. He credits a focus on enterprise analytics and major customer wins for AtScale’s ability to land investors in this climate. “Enterprise software is sexy; enterprise software with revenue is sexier,” he added.