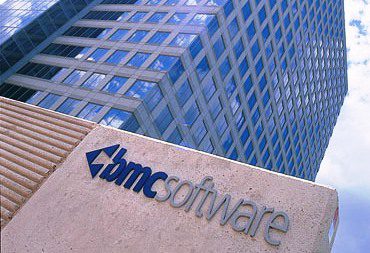 While one Texas-based IT company, Dell, is currently wrapping up the painstaking process of moving from being a publicly held to a privately held corporation, another—BMC Software—has pulled it off.

The Houston-based software company, which has been lagging in sales growth in a market that includes players such as IBM, Hewlett-Packard and CA, agreed May 6 to a buyout by Bain Capital and Golden Gate Capital for $6.9 billion, or $46.25 per share in cash. The offer price represents a premium of less than 2 percent to BMC’s May 3 close of $45.42.

Investors in the deal also include GIC Special Investments and Insight Venture Partners.

BMC has made server-based business service management software for back-end systems for more than a generation. The company has shifted to delivering an option of software and services through the cloud in the last few years.

A Positive Move for the Company?

“Going private will be very positive for them because it will enable them to make the changes that were necessary, that were much difficult when you are a public company,” Lazard Capital Markets analyst Joel Fishbein said in a media advisory.

Michael Dell has hooked up with private equity firm Silver Lake to take Dell Inc. private for $24.4 billion. That deal is still pending, however, with a major shareholder vote in the offing. Dell wants to take more direct control of its changeover from a PC and server maker to a Tier 1 software and services player.

It will be “business as usual” at BMC until the acquisition closes, which will probably be in Q3, CEO Bob Beauchamp told eWEEK.

“The investor group has said some very, very positive things about their view of the company, the growth opportunities for the company, their respect and admiration for the people here, and what we can build,” Beauchamp said. “For the shareholders, it’s a big day.”

BMC began conducting discussions in 2012 with buyout firms in the face of pressure from its second-largest shareholder, Elliott Associates LP. After not being able to identify the right buyer, the BMC board decided to do $1 billion stock repurchase instead.

Meanwhile, BMC continued to struggle to expand its market share in cloud-delivered software and services, a major trend in IT services at this time.

Despite its business troubles, BMC has not stopped innovating. Led by CTO Kia Bonhia, the company branched out into a new market in October 2012 with the launch of its first end-user software product—one that smoothes out relations between the IT department and a company’s employees.

BMC’s MyIT puts users in control of their notifications and enables them to subscribe to and obtain information about IT within their enterprise, based on who they are and the device they are using.

Because of its user-oriented approach, MyIT takes the help desk to a new level of usefulness and user-friendliness within an enterprise. The social media-like software gives employees the power to get the IT services and other information they need at any time of day and from any device, whether or not a service desk is open.

The software has a Twitter-like service that keeps users up-to-date on the progress of their IT requests in language they can understand.

BMC has two main divisions. The enterprise services management business manages networks, databases and storage, and brings in nearly two-thirds of total revenue, but it has stagnated over the years.

The mainframe services management unit, which helps automate data center operations, has grown slowly but is a cash cow that could help the new owners maximize profits.

“The investor group wants to talk about how we can move faster, grow faster, build new growth engines, and really create a more thriving, successful software company,” Beauchamp told eWEEK. “Our customers should see that as a strong positive.”

Editor’s note: This story was updated to included comments from BMC’s CEO.